Why We Should Expand Our OER Advocacy to Commercial Publishers

I will credit David Wiley with not being afraid to oull on the tiger's tail. Citing examples like Flat World Knowledge, Linux and Microsoft's open source projects, he makes the case that commercial enterprises have made large contributions to open source and open content. "Advocates helped businesses understand the ways that adopting an open source model would be good for their business." He also argues that commercial publishers should embrace OER because "their (existing closed) content is too expensive and its licensing precludes remixing... royalty payments (and the expensive and convoluted systems for tracking when they need to be paid) are like anchors dragging behind publishers’ business models."

I can agree with all this. And in an economy where viturally all the productive capacity is in private commercial hands, it makes sense. But I would still rather see open content be a public good, produced by the community - this especially given the example of Flat World, which just sudenly decided one day that their content wouldn't be published openly any more. Live by the "better for business" argument, die by the "better for business" argument. From where I sit, the logic begins with what's better for society - for the people, first of all, then government and institutions, and then, finally, business and commerce. To the extent that focusing on commercial publishers detracts from that, I am not interested. Image: Nature. 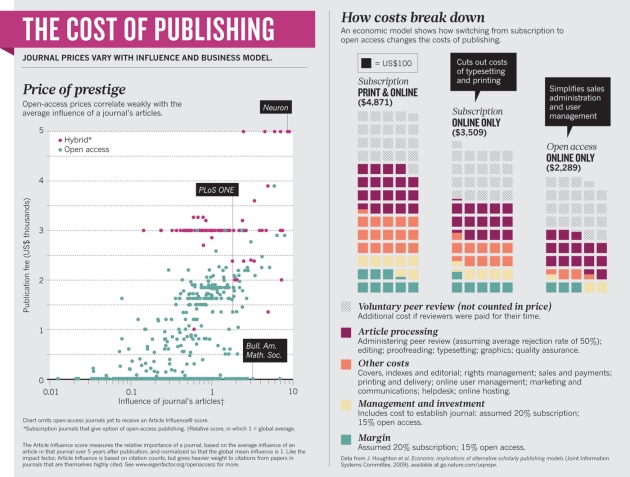