GitHub has announced the general availability of Copilot, an AI tool that integrates with the Visual Studio Code (VS Code) editor and suggests lines of code and even entire functions, based on context and input. "Trained on billions of lines of code, GitHub Copilot turns natural language prompts into coding suggestions across dozens of languages." I haven't tried it yet but I will. This would be key: "Generating code suggestions from comments: you can describe something you want to do using natural language within a comment, and GitHub Copilot will suggest the code to accomplish your goal." I would imagine it's less reliable with a less popular language like Perl, but we'll see. It's free for students and some open source projects, but reasonably priced otherwise. This sort of project has been a long-time ambition for Microsoft and if it actually works this time could have a significant and widespread social impact. 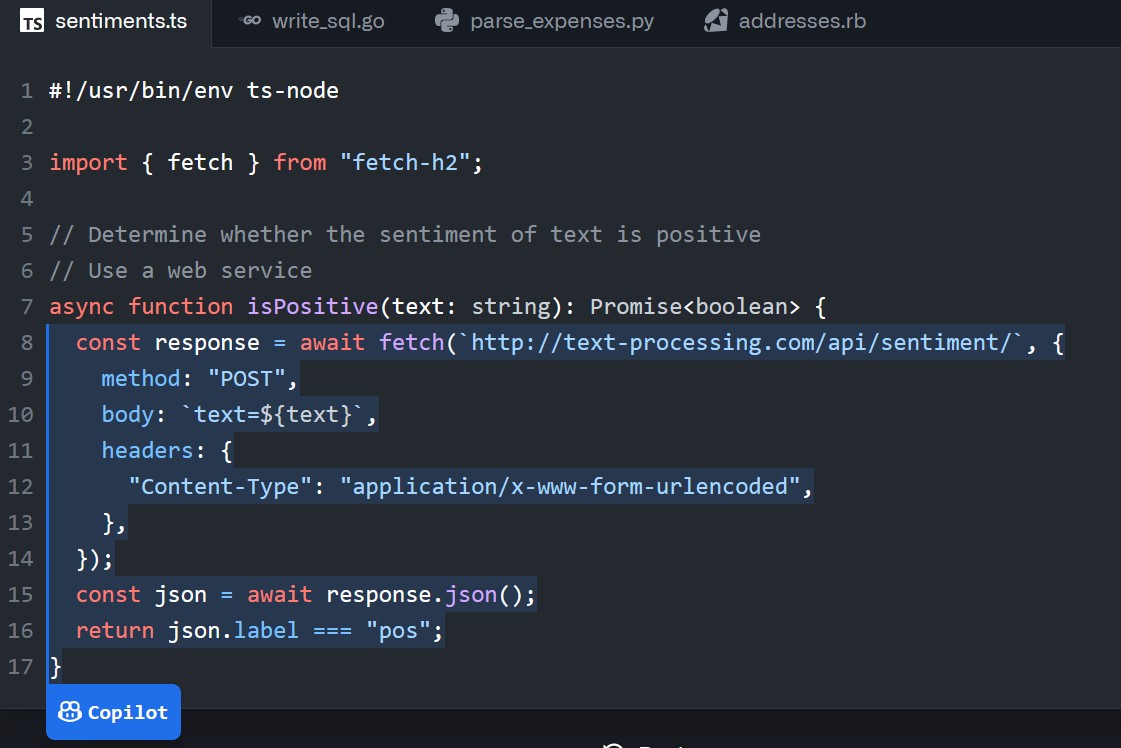