This is quite a good six-part (1, 2, 3, 4, 5, 6) symposium on  Declan Smithies's The Epistemic Role of Consciousness (it's also the closest I'll get to reading the book, since at $85 a pop, it's beyond my budget). The main argument is that phenomenal consciousness in humans it has causal powers and functions; as Tony Cheng summarizes, "phenomenal consciousness has a unique function in us. To put it bluntly, it makes justification and knowledge possible, and its role cannot be replaced by any other things." Or in other words, "Smithies argues that perception must have a certain kind of presentational force in order to play the justifying role." But what makes that 'force' more than just a transcendental inference on the part of the author? The six critics, each in their own way, nibble at the edges of the thesis, and for my part, they help me see the weaknesses not of perception but of representationalist theories of justification and belief generally. 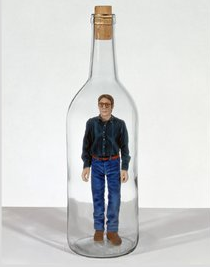