This is the follow-up post to the Wittgenstein's Revenge post previously cited. "The problem in modern public discourse is not that we disagree on the facts," writes Mike Elias. "Instead, we lack a common 'epistemic currency.'" What is this currency? He argues that it's 'trust'. "Epistemic reserve notes thus represent trust in the publisher... Articles are promises that if you do your own research, you’ll reach the same conclusions that the publisher claims in its articles." A problem with trust, though, is that it is too easily counterfeited by bad actors. But as a commenter says, "even more problematic is the fact we use an economic metaphor to define, perceive, and act upon ‘truth’." The logic of markets isn't going to replace the logic of, um, logic. 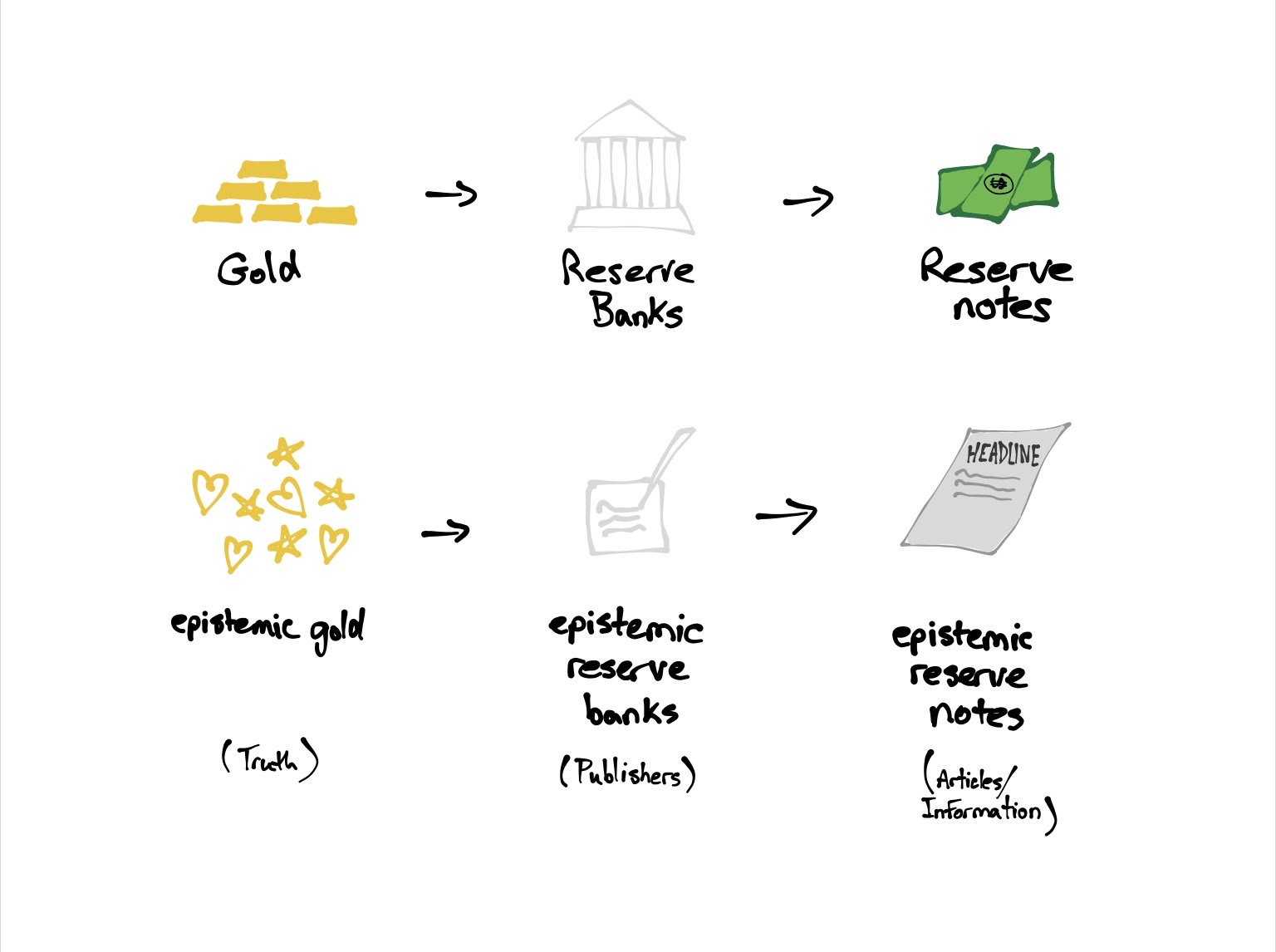