The Problem With 'A National Effort in Online Education' 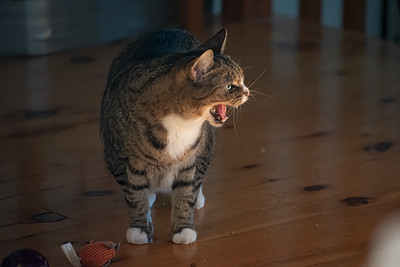 Alex Usher points out quite correctly that universities will need to be online by the fall. We're not likely to be out of the Covid woods by then, and in-person classes will likely be limited and few.

So he proposes this:

for each of the (say) 100 courses with the highest enrolment taught across Canadian universities is to create, in common, a large basket of very good online resources which each institution could then incorporate into its own learning platforms.  For instance, there could be short films of experts in the field talking about or demonstrating key knowledge/concepts, providing animations and examples.

Now in all fairness to the rest on the education community in Canada, it's not like anyone hasn't thought of this before. Indeed, the solution Usher proposes is almost identical to what I proposed in my 1999 paper and presentation, Learning Objects:

Indeed, the major difference between my paper and Usher's proposal is that I built it on existing work by education standards bodies, I described the technology that would be used to implement such a project, and I described how the resources would be used.

It was - if I may say - a pretty good paper, widely cited, and many projects were initiated to create the resources that were needed. I participated in a pan-Canadian learning object resource network called eduSource. We had partners from across the country - content providers, content users, technologists - and we actually built the network. But there were issues.

One problem was created by commercial content providers. They wanted to limit access to their content, so at the outset this meant that everything would have to be locked down and subjected to digital rights management. I was actually in charge of the DRM component for eduSource. I learned a lot about DRM and identity management, as did we all, but what I mainly learned that creating access restrictions would defeat the core purpose of the project. There was no way to provide nation-wide access to commercial content without essentially handing the entire system - resources, identity management, proctoring, the rest - over to them.

As a result, I and many other proponents - including most notably Rory McGreal - determined that the only way to make such a project work was through the use of open educational resources (OER). Numerous OER projects started up around that time - you might recall MIT's Open CourseWare as an early pioneer. The standards bodies focused on how to work with digital resources, combining them into course packages and educational models. Creative Commons standardized the licensing, recognition and distribution of these resources.

But all that activity exposed the second problem: online learning is not a content problem. It's not even a discovery problem - if you have a need for any online learning resources, Google will help you find them. And where there are gaps - for example, simple video explanations for math and physics concepts - someone - for example, Salman Khan - will step forward to fill them. There are, as it turns out, tons of learning resources available online. The problem is, what do you do with them?

Well you can't just put a bunch of stuff online and ask students to study it. That model of learning design - so-called page-turners - was quite rightly rejected. In order to learn, you need more than just content; otherwise our educational system would consist of nothing more than libraries. You need people to model and demonstrate good practice. And you need a way for learners to practice what they're trying to learn (whether it's math problems or shooting hoops) and to get feed back on it, to be able to reflect, and make sense of their learning experience.

That's why online learning turned to a wide variety of models in the mid-2000s, from different interaction systems (discussions, blogging, virtual worlds) to learning games (such as branching scenarios or mathematical modeling) to simulations and interactive agents to creative support helping them make their own artwork, videos, fan fiction, and the rest. Social learning came into the foreground around this time, as did our own contribution to the field, the MOOC.

What we've since then has been a kind of a stalemate. Learning management systems gradually added all of these features to their platforms. They also secured institutional lock-in by integrating student management and authentication systems, essentially granting a large degree of corporate control over the learning experience. In the United States, this reached its logical conclusion with Online Program Management companies. They take over the entire management of the online learning experience in exchange for a percentage of the tuition. These contracts are now, as described by Forbes, "toxic assets" in a world where everybody goes online.

Meanwhile, mass education was taken on by the MOOC companies that emerged in the early 2010s. They at first embraced the idea of OERs, but soon executed a pivot into a model that converts free content into a tuition revenue through means such as certification and, eventually, access to the content itself. Moreover, they started over from the beginning - they focused on learning contents, quickly (and cheaply) produced, and offered basic platforms that were nothing more than page-turners. They are not following the same path LMS providers did in the 2000s.

As a result, companies and institutions that provide online learning courses are in much the same position as - say - online gaming companies or software companies in general. They are trying to create products that provide a lot of interactivity and student support, that orchestrate and manage content delivery (sometimes even on an individual or personal scale), and do this while respecting the need for accessibility, usability, security, and all the rest. As I'm sure no small number of people have already stated, this can't be rushed.

My own view is that we need to learn some new skills if we're to offer online learning on a massive scale. I don't know whether we can learn them by September, nor whether it's even advisable to try to do so in such a short time, but I'm pretty sure than in the long run we're going to need to learn. We - as institutions - need to make the switch from providing online learning to supporting online learning. And learners of all ages will need to make the switch from being given an education to making their own education.

It sounds like a significant shift in direction, but there are precedents. In the mid second millennium, society as a whole made the transition from having material read to them (literally, a 'lecture') to reading material for themselves. More recently, a generation of young people made the transition from being entertained by stories presented as narratives (books, movies) to being entertained by stories they created themselves in open-ended gaming environments.

In an online world, each person is in an important sense learning on their own. They cannot for the most part be coerced or corralled. You can't make them chant in unison, you can't stand over them as they do their sums. In an important sense, they - not you - make the learning decisions. That's why designing online courses is so hard. Get it wrong, and half your class drops out, and there's nothing you can do about it.

From my perspective, we need to begin with the idea that each person is creating their own education, and to ask, "how can we support them?" Generally (though not exclusively) that means not one massive course for everyone but many small resources for smaller numbers of people (what people like Chris Anderson called the long tail). This means providing access to simple effective (though imperfect) tools (like Zoom) instead of applications that feel like you're opening a vault (like WebEx) - this is the sense of Clayton Christensen's disruptive innovation (in the good sense, not the exploitative sense).

That's why - in response to the Covid crisis - I posted a bunch of simple tools, and some brief guidance on how to use them - to help people support emergency online learning.

The great big centralized response to the problem of online learning - either during the crisis or after it - is exactly the wrong response.It's the sort of thing that gets very complicated and very expensive in a hurry, and when - almost inevitably - it ends up in private hands, it becomes something that builds failure into its own design.

No, the model is to ask, "how can we enable each person most efficiently find the tools and services they need to create their own learning experience, and how do we support in them the skills and the attitudes needed to be successful. Each person's needs will be different. We will need, not a cathedral, but a bazaar.