Self-Proclaimed Alternative to College Closes After a Year

Doug Lederman, Inside Higher Ed, May 23, 2018
Commentary by Stephen Downes

This is the story of MissionU, an alternative college that closed after one year and one 25-person cohort in data analytics and business intelligence. It focused on one year of practical experience rather than a four year program, and it didn't charge tuition; students would pay 15% of their income once they made more than $50 per year. We don't learn why it closed other than that "the company appeared to close when things 'got a little hard,' speculating that applications for the second cohort of students were down significantly." It also burned through $11.5 million in investment capital, which suggests there were other issues as well. 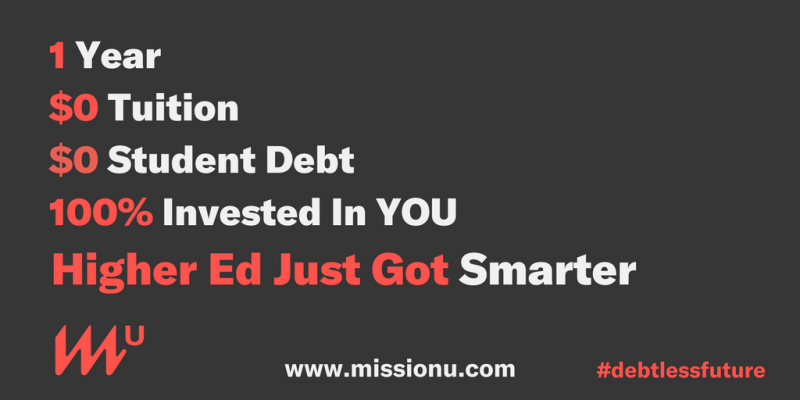