How The New York Times, CNN, and The Huffington Post approach publishing on platforms

I'm not sure whether this represents a sea change or is just a blip, but the New York Times, which was one of the original partners when Facebook launched Instant Articles in 2015, has not ceased publishing that way. It still publishes a lot of content to platforms (as do most major publishers) but now in the form of links rather than full content. It is worth noting that the Times is trying (still) to make its way as a subscription-based service. This article documents the trend for a number of publishers. 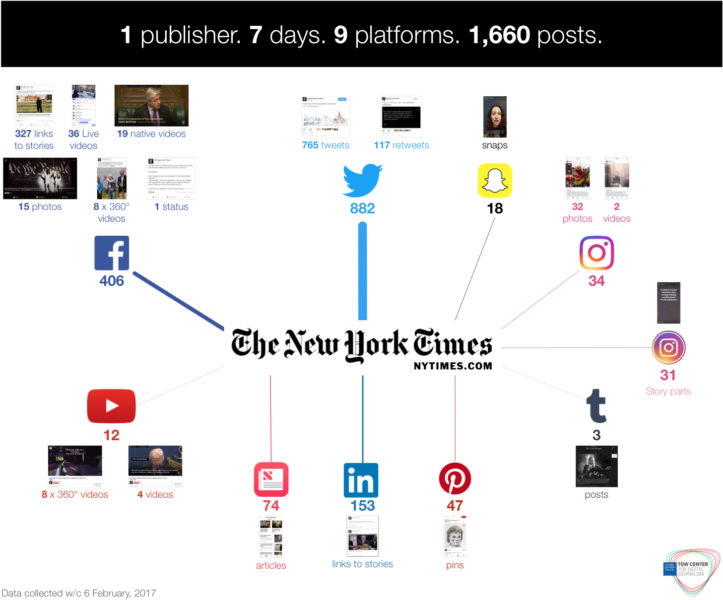