Reflections on Open Education and the Path Forward

David Wiley addresses "concern that a focus on open textbooks confuses the means of open education with the end of open education." So what is the end of open education? Here's his: "I want to (1) radically improve the quality of education as judged by learners, and (2) radically improve access to education. And I want to do it worldwide." My goal is a bit different, but that's OK. And notice, he writes, how the internet was designed: "Rather than attempting to optimize the network for obvious early use cases, they instead worked mindfully to create an open, neutral infrastructure where anyone could create and offer any service they could imagine, as long as they followed basic protocols." This is my approach as well (though I dare say the reaaerachers and developers who work with me would much rather focus on obvious use cases). And so Wiley says "I want to do for education what the internet did for communication and commerce."

Wiley continues: "textbooks and other educational content are core intellectual infrastructure supporting teaching and learning." I agree. I see textbooks and content as words in a language. We want people to be fluent in the language, to be literate, but equally important, we want the words in the language to be able to flow like water or electricity or like air. Why not simply design this infrastructure? As Linus says, "don’t EVER make the mistake that you can design something better than what you get from ruthless massively parallel trial-and-error with a feedback cycle." To this end, Wiley has focused on creating the open infrastructure and persuading people to use it. But this isn't enough (nothing that depends on persuasion will ever be enough).

We need, says Wiley, "to thoughtfully chart a path of small, accessible steps forward for these early and late majority faculty." We've seen this steeps model before; it's in the OERu logic model, and it is at the core of the model George Siemens and I had in mind when we developed the MOOC. First open resources. Then open teaching. Eventually, open assessment. And that's where the problem with textbooks lies: if we begin with open textbooks, it's that much harder to move to open teaching, because the textbook is a monolith. And I think ultimately that Wiley understands this. " A free or affordable but highly restrictive content infrastructure does not enable “ruthless massively parallel trial-and-error with a feedback cycle.” 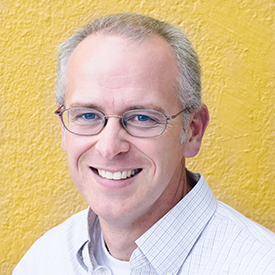