The Underlying Barrier to Education Reform

I just want to keep the conversation rolling here with this post from Matt Crosslin on Dave Cormier's recent posts about motivation and educational reform (I have a half-written contribution but it took a back seat to my year in pictures post). "We’re still critiquing education based on the problem of education in 1870 that Cormier explains in his post linked above," says Crosslin, "but not based on where the world is today. We say that our schools are not modern, but then we say that our educational systems are failing because 'students can’t regurgitate factoids on a test or in a paper.'" But who does he mean by "we"? Not me. There's a presumption in this whole debate of a single agency - but there are multiple people and multiple agendas (that's the point of my half-written rejoinder). Image via Jon Andrews, Engagement: not motivation, nor conformity. 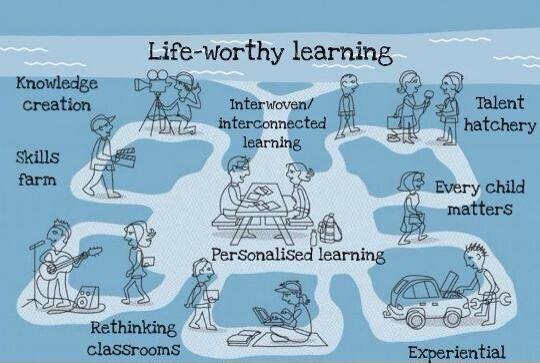