Mapping or Visualizing The Fediverse and Mastodon

Miguel Guhlin, Around the Corner, Nov 18, 2022
Commentary by Stephen Downes

Today's Mastodon/Twitter update. The site fediverse.space came out a couple days ago with a nice interactive visualization of the network of Mastodon instances. In this post Miguel Guhlin points to a Mapstodon, from comeetie ("at the link, comeetie also shares the notebook behind the app if you are interested in the code"). In other Mastodon news, here's a toot bookmarklet you can use while browsing; also, your 'Twitter go bag' to make your escape; also, "If you're not paying for the product, you're the product," goes the saying, and as Michael Veale says, "right now, it feels like we're waiting to find out our product status." Though that said, "Even if you're paying for the product, you're the product," Cory Doctorow wrote on discovering Apple privacy violations. Meanwhile, Dave Truss reflects on fifteen years of Twitter. Finally, after a week on Mastodon Zoe Williams asks, "Could this be Twitter without the toxic slurry?" 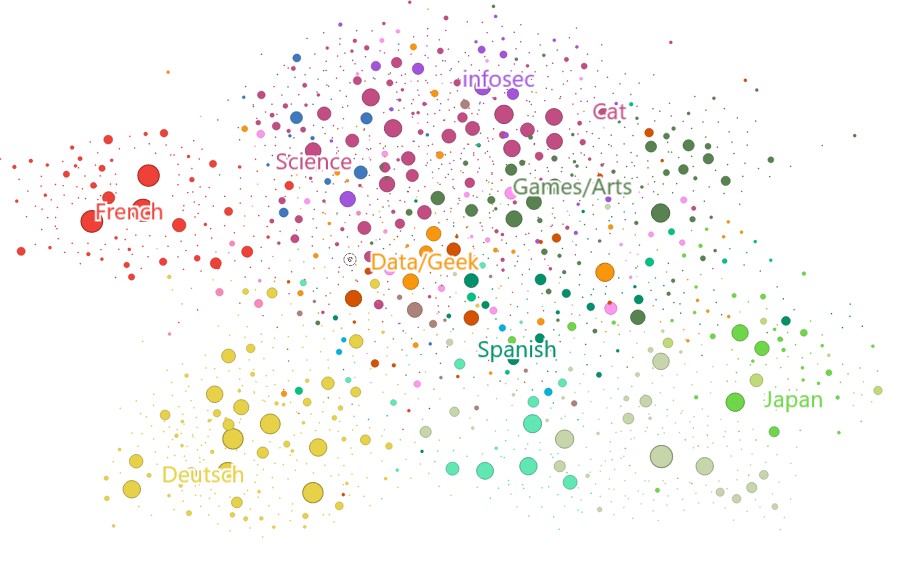