The semantics of diversity in higher education: differences between the Global North and Global South

The point couldn't be plainer. "Diversity discourses are dominant, but only in the USA and Canada, UK and Ireland and Europe, not being present in Asia, Africa, the Middle East and Latin America... We did not find any evidence that the semantics of diversity has become global or universal." The same I believe is true of many of the other ethical principles being promoted as core to, say, open pedagogy. "Only countries in the Global North adopt the vocabulary of diversity, and there are strong regional differences in its conceptualisation as well as the topics covered." I'm not saying that we in the west are wrong when we talk about diversity and all the rest of it - indeed, these are principles to which I am quite attached - but we should advance the global discourse with an appropriate degree of humility and a recognition that our problems are not everybody's problems. 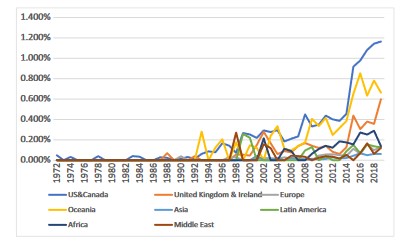