Ravit Dotan, The Gradient, May 04, 2022
Commentary by Stephen Downes

Most of what's contained in this article is consistent with my own findings in the realm of AI ethics, and most especially, consistent with the idea that finding a single universal set of principles of AI ethics is probably unattainable. If there is such an appearance of consensus today, it is probably an illusion created by a marked imbalance in the origins of those creating the principles - and here we refer not only to culture or national origin, but also factors such as employment and industry. "Governments mention privacy and security more than other types of institutions, but mention accountability less. Corporations mention transparency and collaboration more, but mention privacy and security less. Academia, non-profits, and non-government organizations mention humanity and accountability more, but mention fairness less." Etc. 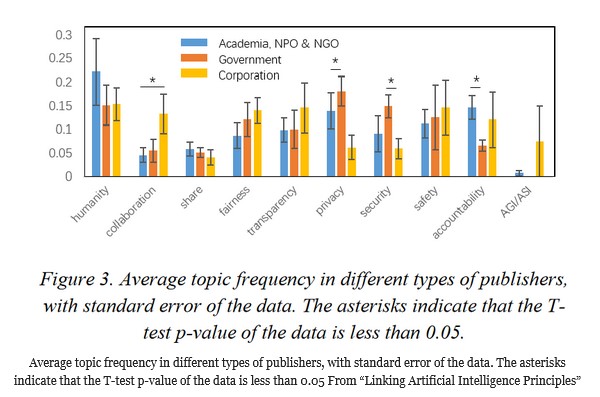