Tony Bates offers a response to my paper on connectivism. Unsurprisingly, he does not agree with the position I outline. He argues that "any theory of learning... needs to go beyond the mechanics of physiology" and to explain "consciousness and thinking, rather than wondering what neurological reactions are happening." He also argues that "there are serious questions about his explanation of how networks learn." For example, he asks, "what do the nodes actually contribute to the network other than sending signals?" He is also dissatisfied with my treatment of pedagogy and argues "to ignore the social and economic factors that influence teaching, learning and the construction and use of knowledge." (p.s. and for the record: I was not "home tutored". I spent 13 years in the Ontario public school system, another year in community college, and then an additional nine years as a university student at the Universities of Calgary and Alberta. I have since then built on that base, but I am no more of an "auto-didact" than Bates is). Anyhow, I offer a reply to the first part of the review, with (probably) more to come. 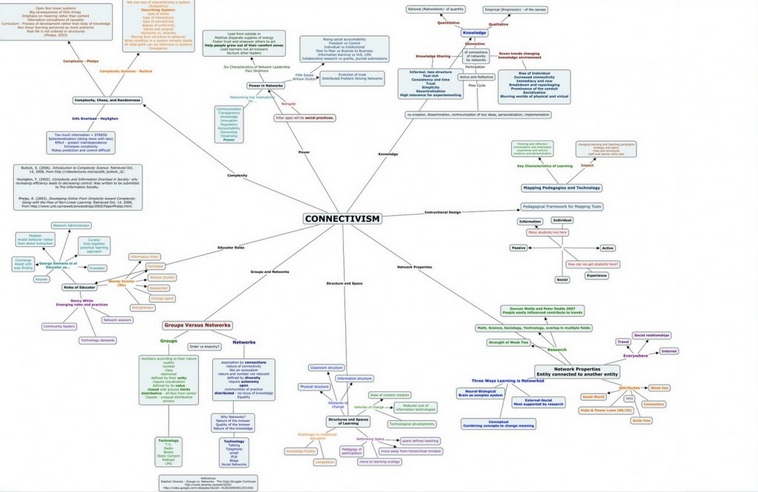