‘Oregon Trail’ at 50: How Three Teachers Created the Computer Game That Inspired — and Diverted — Generations of Students

Great article. I'm not sure whether I played this game (though it seems familiar) though I'm sure I played many others like it. The article describes the development and popularization of a game based on the travails of those headed out on the Oregon Trail. "You have died of dysentery" became a catchphrase for the game. More to the point, it was widely used in educational contexts, where it helped students learn the history of the trails or even work in groups to learn problem-solving skills. The article also notes that the game was eventually commercialized and sold around 65 million copies, with none of that revenue ever reaching the authors. But that was typical - people would code things and share them, and only later some company would reap revenue from them. The early (pre-Stallman) shareware software licenses were written specifically to prevent this sort of practice. But nobody was thinking about it in the early days. 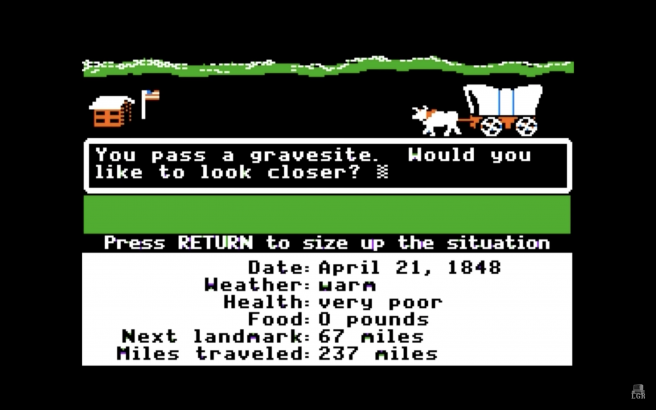