Malgorithm: How Instagram's Algorithm Publishes Misinformation and Hate to Millions During a Pandemic

OK, let's address the issue of social media platforms. We have people like Thierry Henry and Chrissey Teigen leaving Twitter because of the abuse, and at the same time social libertarians like Cory Doctorow saying that we don't have a content problem, we have a Facebook problem, and that we can't allow the creation of regulations that only large companies can follow. But I don't agree. People need to be held accountable for what they say, especially if what they say is said for the purpose of harming people and spreading hate. And the problem with Facebook and other companies isn't that they are failing to regulate what people say, it's that they are using their algorithms to recommend this content. And that's the point of this report (42 page PDF) from the Center for Countering Digital Hate. And the message to Facebook, Twitter, YouTube, and the rest should be very clear. It's not what your customers are doing. It's what you're doing. Stop recommending hate. Stop popularizing it. Stop monetizing it. That's not a complicated and expensive fix, that's a simple fix. Turn off the algorithm and leave it off until it behaves properly. 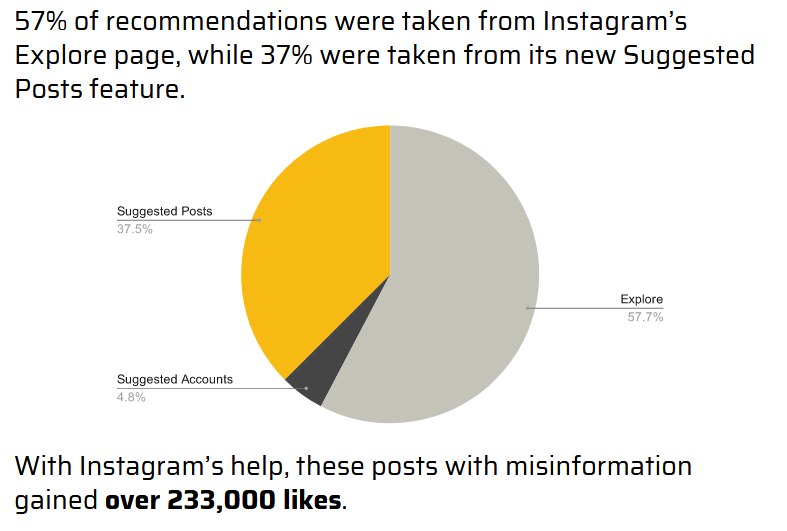