Feeling exhausted after video chats? There's a reason for that

The recent "Stanford Study" on Zoom fatigue is a useful case study illustrating what goes wrong in science reporting and news generally (and illustrates why you shouldn't just follow 'trusted sources'). The original article, which I covered yesterday, was a press release based on an unpublished preprint. As so often happens in such cases, it almost instantly appeared around the world as news, with the headlines reflecting more of the press release hype than what should have been reported (if at all) as tentative early research on videoconferencing. A quick search in Google News reveals dozens of articles in reputable publications touting the student as though it were established science. No, no, and no. Here's my response meme, for what it's worth. 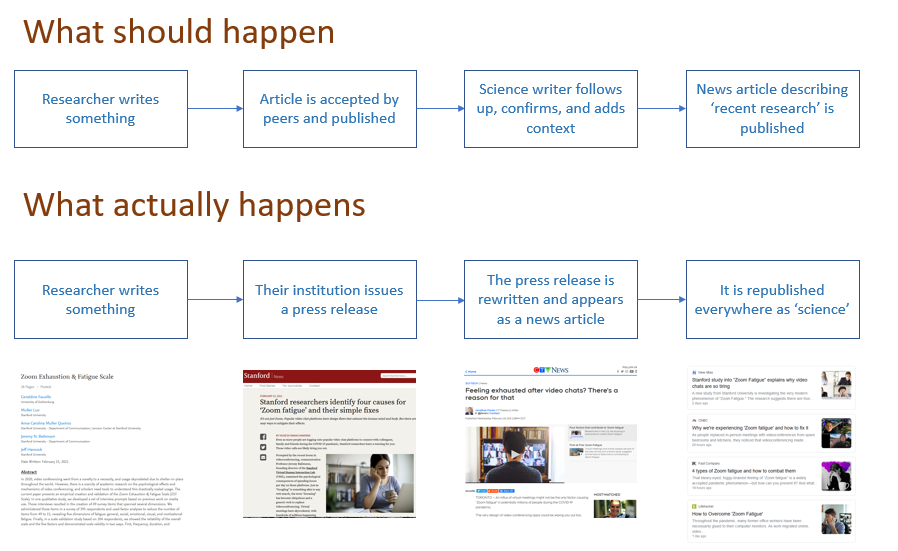