One thing that distinguishes human neurons from those in artificial neural networks is that human neurons are complex. All sorts of things happen in them - "not just simple spikes, as some other devices can manage, but the whole array of neural activity - bursts of spikes, self-sustained oscillations, and more."  Sure, you can emulate them with a computer, but it's not the same. This article describes "simple transistorless networks of third-order elements that perform Boolean operations and find analogue solutions to a computationally hard graph-partitioning problem" - that is, an electronic device that can act like a neuron all on its own. The term that describes this is Neuromorphic Analogue Computing (NAC) - 'Neuromorphic' as in 'like a neuron' and 'Analogue' as in non-digital. Via (and summarized nicely in) IEEE Spectrum. 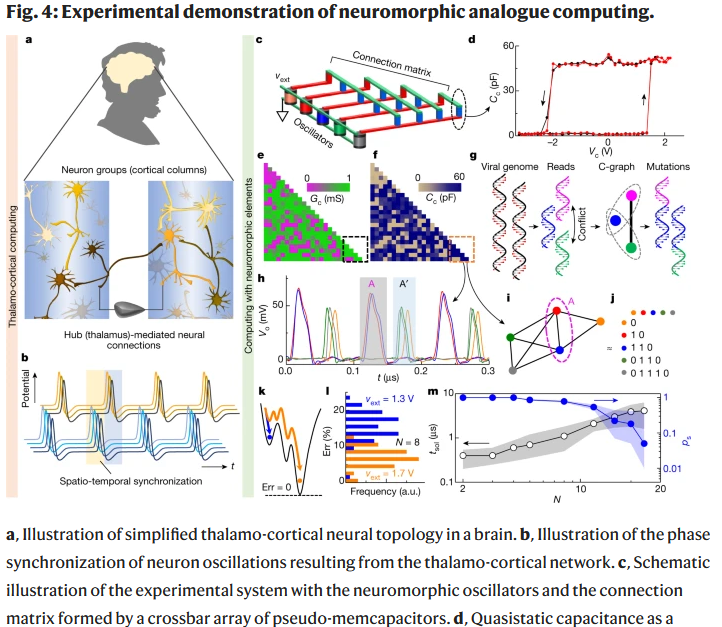