The different Learning Objectives (LO’s) of the corporate world vs. the world of higher education: Who pays the price?

There's a few things going on in this short post. One is the previously-made observation that employers are now testing for skills rather than relying on degrees. This isn't that new. When I was 18 I failed to get two separate jobs because of skills tests (one for typing, another for bilingualism). Buit it's a trend. A second is a recent Gallup poll stating that college alumni feel they could have learned more job-skills, especially networking and computer software. Employers have said the same thing. Daniel Christian, though, wraps this all up by saying "students are left holding the bag of debt - and not getting the jobs." The debt, yes, and we've addressed that in the past. But is their education the reason they're not getting the jobs? That doesn't sound right. If graduates are not getting jobs, it's because there aren't jobs. If jobs need doing, and if they need special skills, employers will hire quality people (ie., college graduates) and train them. Focusing education on job skills is just a way of subsidizing corporate training, at the expense of the student paying the fees. 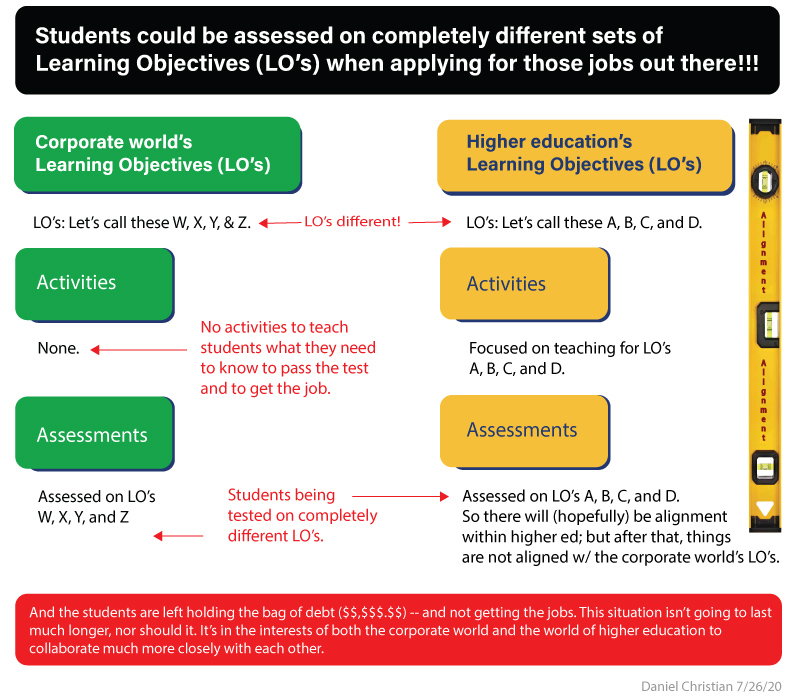