It's the image that brings the most to this post as it details the many steps of the internet advertising value chain. The premise of the article is that television remains the most potent advertising force out there - " television is more effective than the internet for emotionally inspiring someone to purchase something." It is also, I would contend, the leading driver of political persuasion and of fake news. But I digress. The point of the article, then, is that internet advertising is unlikely to dislodge television. Hm. Television. The drug of a nation. 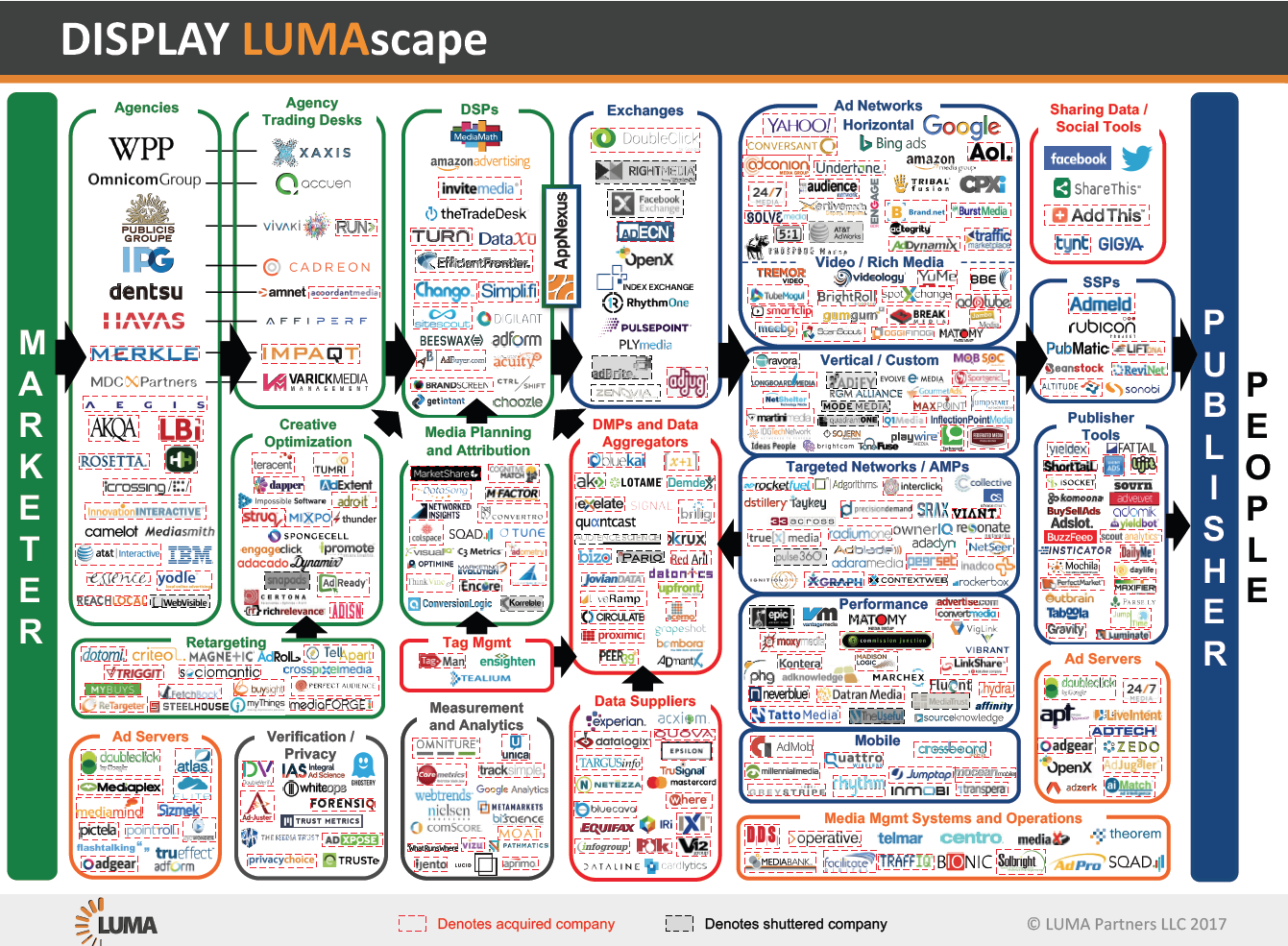