Nicely described in O'Reilly thusly: "a really nice demo of the "what if we didn't publish static text and images, but instead you could interact with the explanation?" You can continue on and look at other examples of Explorables, though note that they get complex quickly. De Casteljau’s Algorithm, for example, is a mind-bender. But the benefit of something like Explorables is that you can see what the equations are describing. And you can see how practical some algorithms are, as in for example this bit of centerline labeling on a map of California. Here's the Observable platform, where you can make stuff like this. 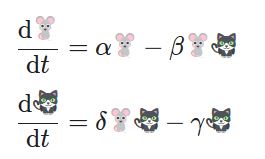