Donald Clark takes the easy sceptic's route with this article. I found myself disagreeing with most of it. For example, when he says "human fears and expectations that demand the presence of humans in the workplace" I think he has forgotten about the similar arguments around self-serve gas stations and automated tellers. Similarly, when he says "automation will not happen where the investment cost is higher than hiring human labour," I think he misses the fact, first, that automation is usually pretty cheap, and second, it is often much more reliable than human labour. But there is a good point here: "What matters is not necessary the crude measure of ‘jobs’ being automated but rather activities’ being automated." A job is a collection of activities, some of which will be automated, and some not. But (and this is key): unless we radically reform income inequality, there will be few jobs. Rich people don't employ poor people; poor people employ each other, and this is only possible when they have the means to do so. 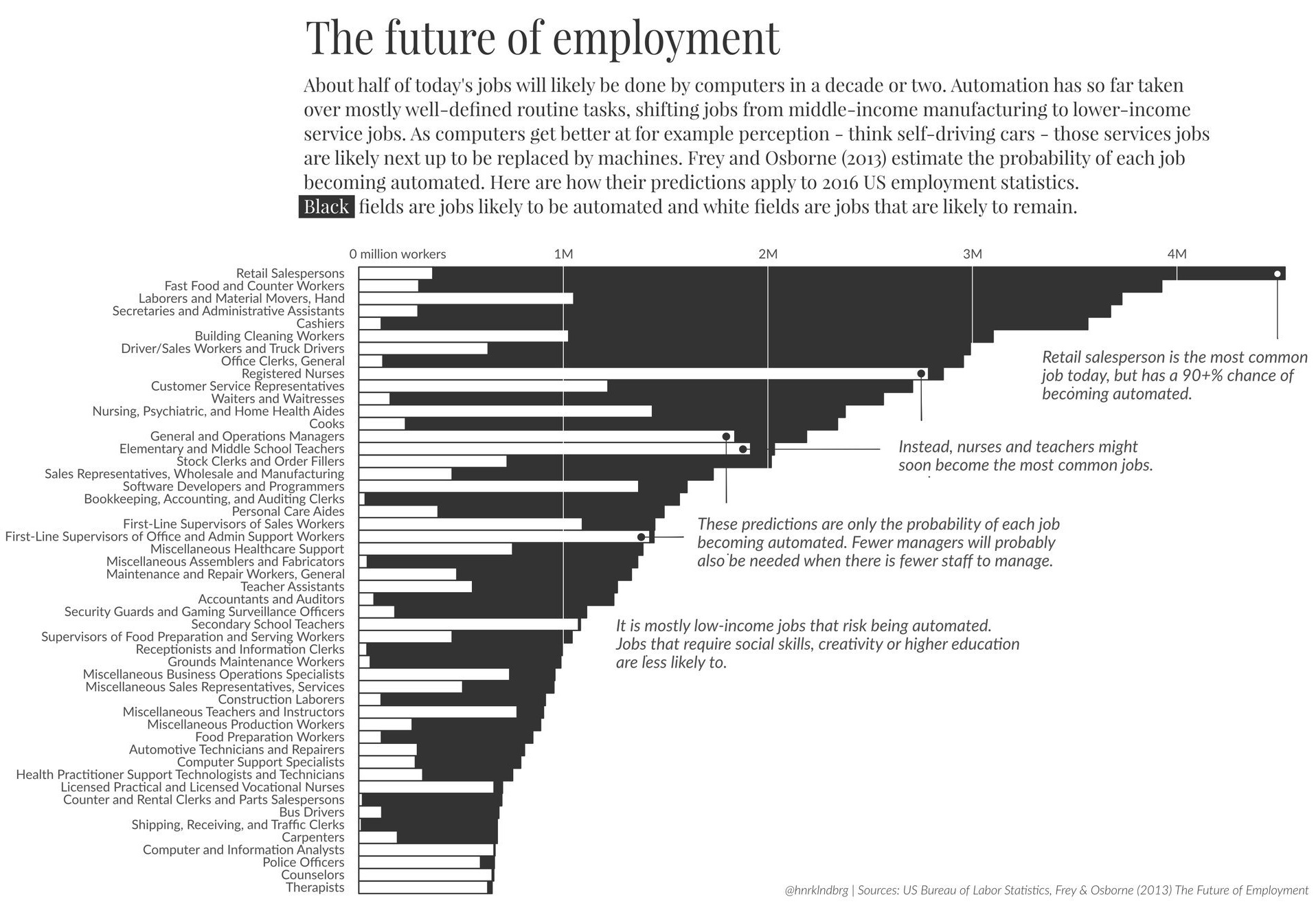