Silicon Valley has a diversity problem. How else to explain the distribution of Pokemon locations? How else to explain how Snapchat came out with what is essentially a racist photo filter? "Snapchat recently released a new selfie lens that it says was 'anime-inspired.' But it made your eyes look squinty and slanted. And if you had your mouth open, it would also appear as if you had buck teeth. In short, it turned you into a racist Asian caricature... (yet) Anime is generally known for large, soulful eyes and tiny mouths, not slanted eyes and enlarged teeth." This isn't an isolated instance, either; witness the recently released 'nerd filter' (illustrated). 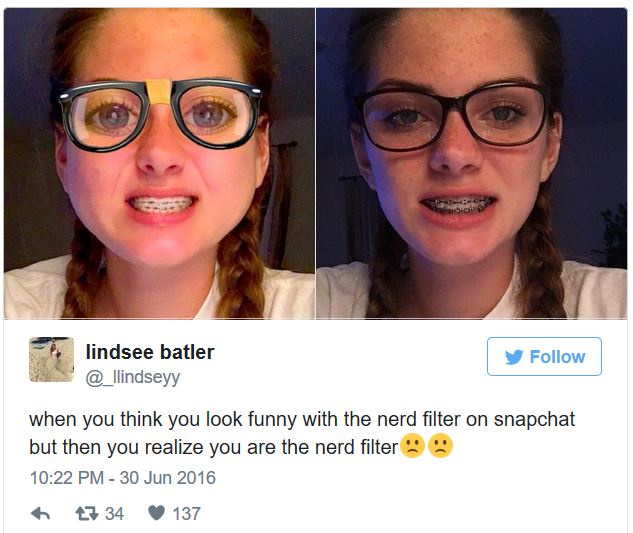