Social Clicks: What and Who Gets Read on Twitter?

This excellent paper has been the subject of some recent social media pranks, the point of which are to show that people rarely read the posts they share on Twitter or Facebook. You can read a Washington Post article about it from mid-June. “People are more willing to share an article than read it,” study co-author Arnaud Legout said in a statement. “This is typical of modern information consumption. People form an opinion based on a summary, or a summary of summaries, without making the effort to go deeper.” The study does go deeper, and in a way that will be of significant interest to analysts; in addition to providing the analysis, it proposes a new metric to measure the influence of a URL. "Ideally," write the authors, "we would like to create a similar metric to quantify the influence of a user," which in the end is suggested via an indirect statistical mechanism. 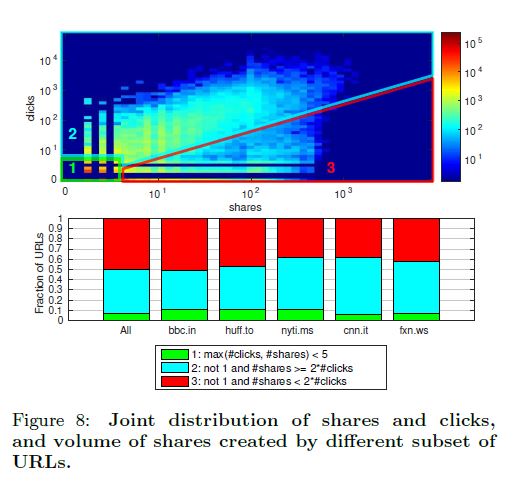