E-Learning in K-12 Schools: The Prospects for Disruptive Innovation

I wasn't expecting much from this report as the Atlantic Institute for Market Studies (AIMS) typically parrots a hard-right neo-liberal political agenda, but it is actually fairly comprehensive and reasonably accurate. Cleaning up the prejudicial language a bit (especially in the introductory paragraphs) would go a long way to making this a credible report. Where it goes wrong is in its pointless criticisms of 21st century learning initiatives; these have long been a bugbear of AIMS and related institutions, despite their being a key feature of online learning. Aside from that, the report captures some of the major problems with the approach in Atlantic Canada, especially the top-down provincially-based organization and management (which makes the system especially sensitive to politics and changes in government (which is the main reason innovation has not been sustained in this part of the world)). Overall I would support the 9 recommendations listed in the article. 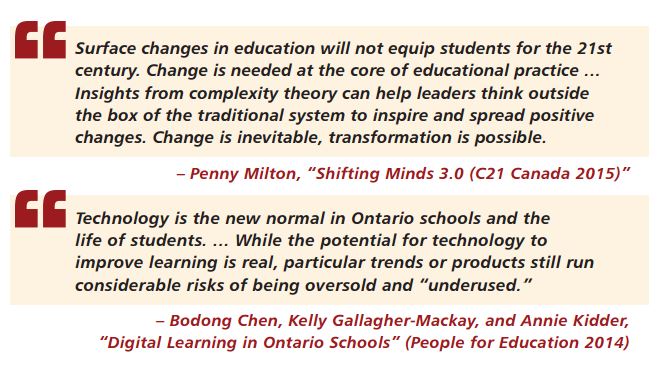