The idea of the commons and the future of capitalism

I listened to this on the way into the office this morning. It's quite a good talk that depicts the commons (as defined by, say, Creative Commons) as anew model of capitalism. Yochai Benkler depicts the market capitalist model based on rational and avaricious self-interest as a model focused on the extraction of resources, but which doesn't comprehend the social (and maybe ecological) environment necessary to create them. We are not moved merely by financial incentives; our creations do not need to be collectivized, but nor either do they need to be commodified. The talk was given at the Creative Commons Global Summit last October in Korea. I agreed with a lot of it, I liked the way the different schools of sharing were brought out and explained, but I don't think he captures fully the necessary ways society needs to shape networks (he talks about self-organization, but not about the role and function of self-organization). 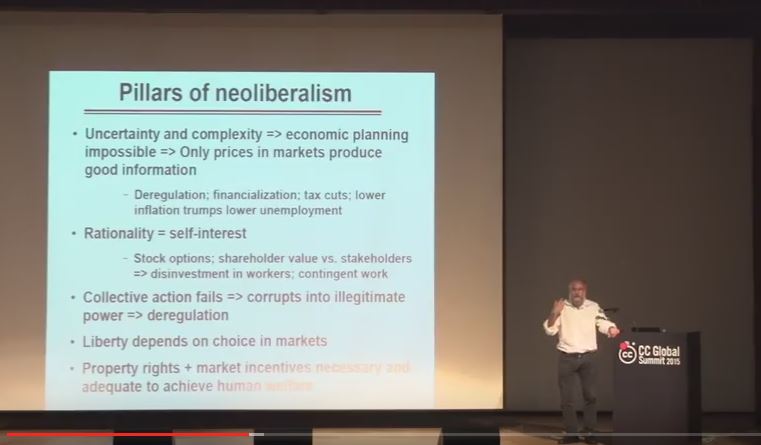