Create cognitive plugins for Minecraft with Bluemix, Docker, and Watson 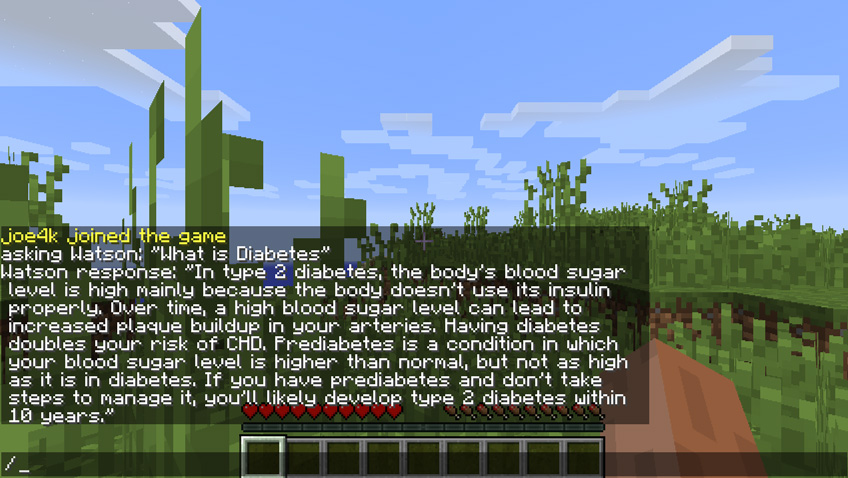