Ken Robinson's video on creativity is cited over and over again and was long overdue for this takedown by Donald Clark. It's the classic response: Robinson's observations and anecdotes are (a) not new, (b) not backed by data, (c) except data he has made up, and (d) are false. The pièce de résistance is the wholly arbitrary map of ritalin prescriptions in the RSA video (and equally misleading graph in his own). I'm left pondering a world where Oregon and Washington are a single state, there's an Oklanebraska, east and west Dakota, and a giant interior midwestern state we'll just call Missinois. Some data. 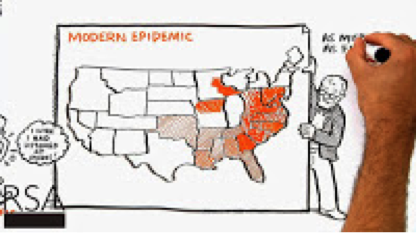