Break a Few Eggs - Stepping Away from Google

Miguel Guhlin reviews what he would have to part with to eliminate his dependence on Google. He depends on the search-engine giant a lot more than I do (I tend not to rely on one provider). I don't really use GMail at all (because if I did, all notifications would by default be sent to GMail, which I don't want). Nor do I use Picassa. I do use Blogger, but it's all automatically backed up. I also use Reader, but Google is taking take of that dependence for me. I use Google+ but it's more of an annoyance than a service. The one big thing is Google Drive, to which I signed up just before Google went on its anti-open campaign. But I can kill that account and migrate over to DropBox (at least until I learn how to make cloud storage out of my own WD Drives. 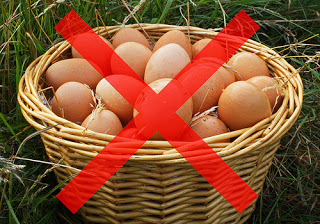