The MOOCs that ate themselves

Martin Weller outlines "quite a depressing scenario" that may unfold as MOOCs follow invaiably the part set out by Coursera and the rest of them (I don't think that will happen - but that's a separate story):

I agree this would be depressing - but I think what's happening is that after this first burst of MOOCs using these (quickly built) platforms, we are seeing an unveiling of many more MOOCs on any number of different platforms. Which means they won't be controlled by the big elite institutions (as if they ever could be) and that there will be tens of thousands of them in short order. Yes, then the bubble will burst, but the fact of open online education will have been established. [Image by David Kernohan] 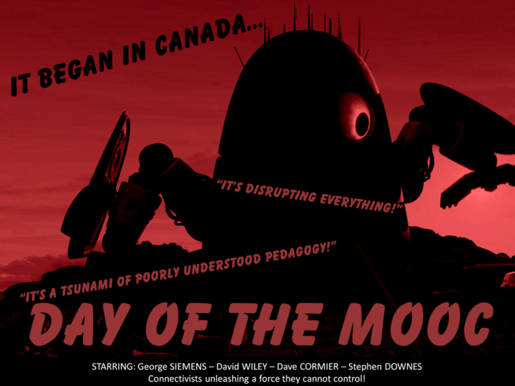