Wow, this feels like a black from the past, reading about the CAVE - the first CAVE was launched in 1992. The idea was to create a fully enclosed virtual environment (similar to what we would today call the holodeck). This article talks about CAVE2, launched last October. "CAVE2 flat-panel LCD screens include micropolarizers, which, when viewed through stereoscopic glasses, ­create a 3D effect — or the illusion of depth — like that found in movie theaters showing 3D feature films." 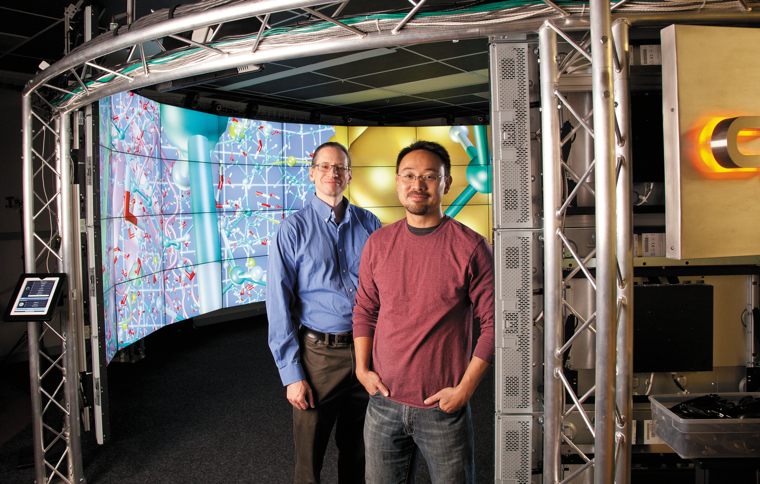