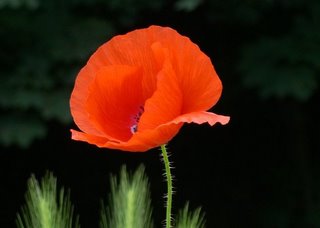 "It seems to me that we have such a burden of responsibility to make the world a better place for those who were born into far worse circumstances." - Captain Nichola Godard, 1980 â 2006, last letter home to her parents. First Canadian woman killed in combat.

Tim Bray: "our young people are falling in war in Afghanistan; these ones, I mean. I'm touched to see that some of them are having their identities immortalized online; thanks to whoever's doing that work... if you're a Canadian you can send 'em a message"

As I write, Canadians have sent 1900 pages of messages to their troops.

I don't know what to feel about the war. As Tim says, "it doesn't help that our work in Afghanistan makes us a nominal ally of one side in the botched, duplicitous, brutal war next door."

But there's also this: "the deployment... is a part, a small part, of what needs to be done to end the running sore on the human condition that is Afghanistan. It is the only possible decent human response.... The agony there has simply gone on long enough, and I think we have to do whatever it is we can, to finally end it."