What is a Learning Context? 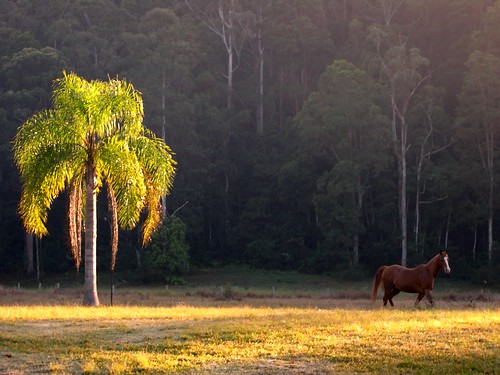 I would question this statement: "But, what is a learning context? We define a context (for learning objects) as “the ability for a learning object to interconnect various, similar events or statements.” This would be as Ackoff might have defined it. "

I do not believe, for various reasons, that a 'context' is a property of an object, and 'the ability to connect...' is a property of an object. If pressed to define 'context' (and IMHO definitions by their very nature are imprecise) I would say something like 'the set of objects, including their functions and relations, that could be detected or accessed by an object'. Please note the counterfactual nature of this definition: if an object is blind and dumb, it does not follow that it does not exist within a context, only that the context is inaccessible to the object.

But this is all a bit throw-away, just a taxonomy. What is correct in the initial statement is the focus on the capacity to interact, whether that interaction occurs directly (object to object) or indirectly (object to learner to object). This context has the properties of an environment, a space, a room, and may be treated as an object in its own right. Objects in a context are 'placed' in a context, that is, by one means or another, they stand in the relation of being 'contained in' the space ('contained in' is a virtual relation - the objects themselves may be physically remote, not visible, nor not in any real sense 'contained' by the context; their being 'contained' is made so by their being declared to be so, and requries only that they be (potentially) accessible from within the space.

An image http://www.downes.ca/photos/Australia04/uluru2.jpg is 'contained in' a space defined by 'http://www.downes.ca by virtue of the IMG HTML declaration. Also in this space is a Javascript feed, http://www.downes.ca/cgi-bin/clist/clist.cgi?current=js in this space by virtue of the JAVASCRIPT HTML tag. Therefore the Javascript feed is part of the context of the image, even though there is no interaction or connection between the image and the feed. Analogy: in this image http://www.downes.ca/photos/sunshine/2tmb.jpg the horse and the palm tree are in the same space. The palm tree, therefore, is part of the context of the horse, and vice versa, and the entire seen is (from the point of view of the learner, the photographer) the 'context' (the visual context, the image context, whatever).

'Object oriented', in this context, means that the horse and the palm tree have properties in common, derived from ('inherited') by virtue of their being certain types of objects, such that interaction with both the palm tree and the horse can be accomplished in the same way ('look at', for example, or 'speak to'). Such interaction will (typically) reveal the properties of the object ('you see: a horse') or invoke functions in the objects. This capacity, importantly, is enjoyed by objects among each other; the horse (potentially) can 'see' the tree, or 'speak to' the tree, and hence, the objects interact with their context.

In the world of learning objects, the 'inherited' properties of an object (if they could be called that) are distinct from the object; they form a 'shell' around the object. Hence, a learning object may be an HTML page, and the 'inherited' properties the Javascript shell that communicates with the learning management system. This shall, as defined by SCORM, is of limited functionality: 'start', 'stop', 'error'. Objects do not interact; their presentation and action in an environment is typically sequential, and what they can learn of their context is strictly at the pleasure of the environment (ie., the learning management system). The core of the object may share no properties or common methods whatsoever with other objects; from an envirinmental point of view, they are inert. They are lumps of text; they only thing you can do with them is string them together.

"We need a new metaphor, which we suggest as “organic, ecological ‘legos,’ capable of inter-communication amongst themselves [c.f. 10], capable of receiving (validated) inputs from the producers of knowledge and understanding, and which any instructor, educator, learner, or any other informer can employ to convey a message that enhances the learner’s ability to achieve outcomes and immerse him/her self into a culture or cultures." Exactly. But delete the word 'legos' - think more of the horse and the palm.

"More importantly, we insist that the formal language related to object engineering, and, an extension of this language be always, somewhere part of the record."

Well - yes - but how? We don't even have a common means of creating what you would call 'elemental objects', much less embodying common properties. I think that a common XML definition of 'learning resources' is an important first step - not the metadata, but the resources themselves. From this common framework we can begin to embed logical contructs that allow objects to inherit functionality from base models (I don't like the word 'class' - inheritance and inherited functionality has to be technology neutral, expressed in XML and not (say) Java).