Books have always been a major part of my life. Here, in no particular order, are some of the titles which have most shaped my thoughts and beliefs (please note that science fiction books are listed elsewhere):

Patrick Watson, The Struggle for Democracy, is based on the CBC series of the same name (it also aired on PBS). This book looks not only at the evolution of democracy through history, it also gives us glimpses into the spirit of democracy and what is needed for democracy to work.

Carl Sagan, Cosmos - especially the last chapter, 'Who Speaks for Earth' - effectively captures Sagan's awe and wonder of the universe, and effectively places humanity is perspective. Great photos, too.

Kenneth Clark, Civilisation. I read this in one sitting on a bus travelling from Calagary to Ottawa. The BBC television series on which this was based was dry, boring, almost irritating. The book is a tapestry of the works of art of various civilizations through history. The level of a civilization, says Clark, can be measured by the level of its art. I'm not sure I agree, but it is close enough to right to be worth considering.

Rene Descartes, Meditations, was for me, as it is for so many other people, my introduction to philosophy. Over the years I have re-read this book dozens, perhaps hundreds, of times. I am struck by its elegance and simplicity, as well as with the clarity of his arguments. Descartes's sceptical argument is in my mind compelling; his constructive argument less so.

David Hume, An Enquiry Concerning Human Understanding, was the perfect remedy to Descartes, and the second book in philosophy I ever read. Though I prefer Hume's Treatise - and agree with more of the constructive philosophy argued for in that work - Hume's Enquiry gave me my first solid defense against the dogmas and propaganda of the modern world.

William L. Schierer's The Rise and Fall of the Third Reich was probably the first 'major' book I read. Expecting it to be about the Second World War, I found that most of it was devoted to the rise of Hitler and the Nazis. The book opened my eyes as to what was possible and what was to be feared.

I read Albert Speer, Inside the Third Reich shortly thereafter. Speer wasn't one of the really nasty Nazis, though he did command an army of slave labourers. The book is part justification, part apology. I didn't buy his excuses, but it was interesting how an otherwise intelligent person could buy into something which was so wrong.

Ronald Giere's Understanding Scientific Reasoning is the most comprehensive treatment of the sense - and nonsense - that pervades scientific writings. Giere's work meant that I could no longer take scientific studies at face value, which was a bit of a paradigm shift for me.

Eleanor Maclean, Between the Lines. I guess this was a textbook in Atlantic Canada; the powers-that-be kept it well hidden from schoolchildren in the rest of the country. Between the Lines was my first exposure to informal fallacies, and a comprehensive account of the manner in which news is biased and prejudiced. It is impossible to read Between the Lines without thereafter looking critically at the press.

Arthur Conan Doyle, The Complete Sherlock Holmes, exposed me to Victoria England, deductive reasoning, and an understanding of the character of genius. There were some pretty good mysteries too.

John Stuart Mill, On Liberty, is perhaps the greatest work in the English language - or any language. I read this book while sitting in the Devonian Gardens in Calgary, a perfect place to have my mind opened. After reading this book, I could never again rise to the temptation of stifling an opposing point of view or alternative lifestyle.

Jack London, The Sea Wolf. I had read White Fang and The Call of the Wild in childhood and enjoyed them immensely. London's The Sea Wolf is a much more mature work, and contains the most devastating criticism of capitalism I have ever read. I now realize what my life is worth on the open market, and see why I must argue so strenuously for the inherent value of life.

Edward Gibbon, The History of the Decline and Fall of the Roman Empire, would have to make my list if only for the amount of time I spent reading it - six months at the beginning of 1999. A monumental work, it is ironic to read Gibbon apologizing to the reader for being too brief, or for omitting points of historical interest. His sharp and even analysis is required reading for anyone who wishes to understand the nature of man and society. 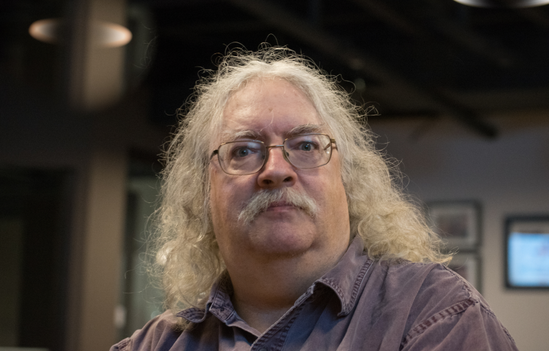