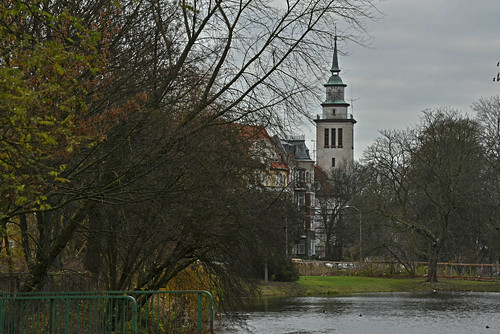 Photos from my weekend in Poland. Enjoy.

In this item, "a United States Federal Trade Commission complaint filed last week by the Electronic Frontier Foundation accusing Google of collecting and using personal student information for non-education purposes and in violation of its K-12 Student Privacy Pledge." Google says it did nothing wrong, but "the accusation exposes the escalating tension between school systems entrusted with safeguarding the privacy of kids and the innovators pushing the boundaries of modern education." This sort of story is not going to go away.

Some good stuff in this new article in the Stanford Encyclopedia of Philosophy, and some dead ends. The subject is Johann Friedrich Herbart (1776–1841), "known today mainly as a founding figure of modern psychology and educational theory." Herbart argues that "consciousness is nothing more than the continuous stream of representations." What are these representations? Anticipating Freud, he says these are self-preservations of the psyche, or spirit. He offers a detailed mathematics describing the mechanics of the spirit. Pedagogy, he argues, is designed to foster the many parts of this spirit; "the teacher helps the pupil develop all his unique talents and interests as far and as coherently as possible." This is a process of experience and reflection. "The teacher does not simply give the principle to the child. Rather, his instruction aims to bring the child by stages to recognize the principle on and as its own, by reflecting on its immediate experience." We see in Herbart flavours of Piaget, William James, and cognitivist theories of cognition, all of who would write in the decades following.

What we have here are sim creatures equipped with nothing more than neural networks for brains. They live in an environment filled with dangerous planks. If they live, they get to pass on their genes ("which are just vectors of neural connection weights and biases") to the next generation. It is a brilliant and effective demonstration of the link between neural networks and evolution (well - Lamarckian evolution). Again: human brains are perceptual systems. In this demonstration, at least, everything is part of that same system: knowledge, reasoning, perception, adaptation and evolution.

The name Bob Sprankle has graced these pages on numerous occasions over the years, and with good reason. Like this post from 2007. He was well known for his Room 208 podcast, and for years of dedication to his students in Wells, Maine. I never met him, never really knew him, but he had an impact on me. Here's what I wrote that day in 2007: "I need to embrace the idea that life is like a video game. less serious, and certainly less permanent, than I tend to think it is." Let's never forget either these truths nor the people who teach them to us. Tributes are being posted on his Facebook page. Image: Bob Sprankle.