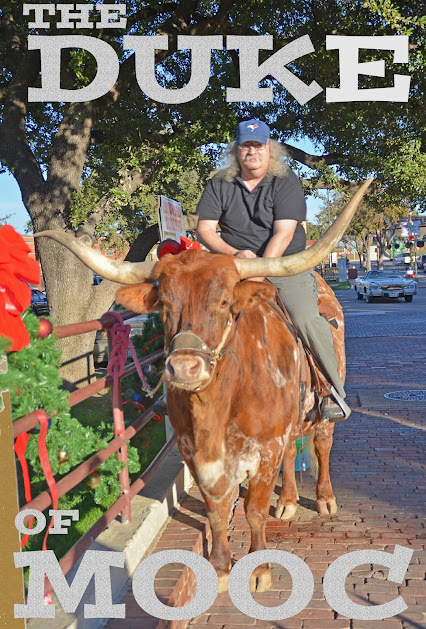 Catching up on my phoitos, for those of you who are interested: I have small sets from short visits to Dallas and Fort Worth (stockyards), as well as a set from Geneva, and Doha (Qatar). I also have more photos to post from Lyon, so I'll like ton that set later this week.

One thing that travel has brought home to me in a forceful way is that I'm very privileged to be able to meet with people (and in particular educators and technologists) face-to-face on a regular basis. The person who suggests (as in this post) that "an antidote to this corrosive effect of Twitter [is] meeting people in person" simply doesn't get this. Some of the most memorable people I've met have been from Yukon and Alaska, Colombia, New Zealand, Souyth Africa, Uruguay... it's not that they can never travel, but for the most part the opportunities are limited by distance and funding. The same applies in education. The people who say we should simply "meet face-to-face" don't get that most people don't live near the campus of a major U.S. university (or even a minor Canadian one). I too would have "a gathering a couple times a year of policy analysts, scholars, entrepreneurs, and practitioners." But like 99 percent of people out there, I don't have the means to do this.

I really liked this article when I frist saw it and I still like it six weeks later. It's about this: rich people often criticize poor people for making extravagent purchases, like an expensive purse. But what poor people understand is that such purchases are often the price of admission to a better life. I've commented in the past that venture capitalists don't fund ideas, they fund people. This is another version of the same idea. "Gatekeeping is a complex job of managing boundaries that do not just define others but that also define ourselves. Status symbols — silk shells, designer shoes, luxury handbags — become keys to unlock these gates." See also some commentary from Joanne Jacobs and an expansion on the same idea from Melonie Fullick. Jacobs isn't very sympathetic, of course - if acquiring status symboles (like a purse or a PhD) only 'feels like' corecion, people can always walk away. In just that way, we can say that they have chosen to be poor. But we know that to be a lie.

Give Me an M! Give Me a C! Blah Blah Blah To All This Theory!
Matt Crosslin, EduGeek Journal, December 9, 2013

Another reaction to the MRI conference (no reason for me to stop running articles on this anytime soon). "There were two things I noticed at the conference. One is that some of my biggest problems with xMOOCs in the past has been the sense that the people pushing them are focusing too much on the M and C and not understanding the O’s at all." P.S. I've always known the difference between cMOOCs and xMOOCs - I was the one who coined the terms. So I don't get the remark that "I’m also glad he is finally realizing that xMOOCs are different than his vision of MOOCs." Plus: Joanne Jacobs discovers Bonnie Stewart.

The Open-Access Movement is Not Really about Open Access
Jeffrey Beall, Triple-C, December 9, 2013

I found this article to be pretty funny, though I suspect it's a serious attempt to discredit the open access movement. "The OA movement is an anti-corporatist movement that wants to deny the freedom of the press to companies it disagrees with. The movement is also actively imposing onerous mandates on researchers, mandates that restrict individual freedom. To boost the open-access movement, its leaders sacrifice the academic futures of young scholars and those from developing countries, pressuring them to publish in lower-quality open-access journals." Enjoy.

I kno most readers no longer use Firefox, but the value of this article for me is not so much a lict of (recommended) extensions you can add to Firefox to enhance security, but rather the overall shape of future browsing it points to. Or should point to - it is worth noting that a browser produced by an advertising company (ahem Chrome) is probably not going to have a lot of security built in. Otherwise, though, the sort of features described here - limits on scripts, blocking advertising, secure passwords, encryption everywhere, tracking disabled - are the sports of features people would prefer to have, had they a choice.