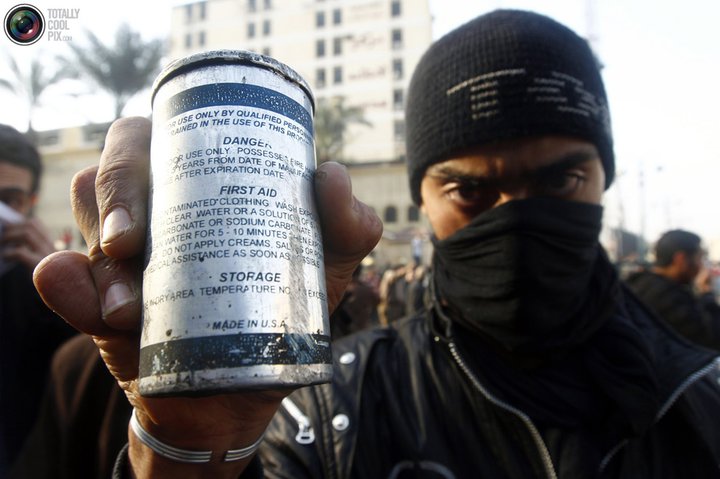 Source: For the Right to Look

the members of the various lists you mention are among the smartest and most attentive people i know in the world. Obviously nettime, idc, aoir, etc., are not forums for discussion of world politics. Yet their transient dips into such topics (like those of mass media pundints) come to seem both interested and strangely quietist. "we're interested in your revolution/catastrophe/big political change if it is fueled by twitter/facebook/AJAX and if one government or another uses the internet to access or block parts of the huge political conversation; otherwise, don't care much."

I think there's a couple of different aspects to this:

- the first is the rebellion itself (whether it emerges as a full-blown revolution is something we have yet to see) and the delineation of the causes and conditions facilitating that revolution. While there is a certain sphere of interests suggesting that the rebellion is fomented via SMS, Twitter and Facebook, the reality is no doubt much more complex, and the conditions that have led people to want to demonstrate probably have little to do with Twitter (etc) at all. If anything, from where I sit, al Jazeera is probably the most significant conduit, as it was primarily via mass media that protesters in Tunisia first learned of individual protest, and protesters in Egypt first learned of the Tunisian protest.

- but second, and probably more appropriate to this group, is the commodification of the rebellion (or at least, of discussion, images and video of the rebellion) by new and old media. As with other events, after the first wave of breaking news, we saw almost immediately (beginning on the first day) the wave of posts and articles and reports using the public's interest in Egypt to drive traffic to their own posts. Thus we have "how to teach the Egypt rebellion as a lesson", "tips for travelers to Egypt", "the political motivations of the protesters," "how NGOs are responding to the human need in Egypt," etc, depending on whether these sites covered education, travel, politics or charities. It is in this group I would add the posts drawing out the Twitter-Rebellion connection; the mention of ‘Twitter' is a perennial traffic-driver, especially from Twitter. The purpose, in other words, of saying that "Twitter caused the Egypt rebellion" is not to aver that Twitter caused the Egypt rebellion, but rather, to leverage two popular topics, ‘Twitter' and ‘Egypt rebellion' to drive traffic to their sites.

Now what's significant is that this second aspect is largely driven by mass media. What I mean by that is that what makes a term like ‘Twitter' or ‘Egypt' the object of so much traffic is that it has been captured as a mass media meme and thereby enters a widespread consciousness (to a secondary degree, Twitter itself acts as a mass media in this way, which the result that Twitter is able to consistently reinforce itself as a mass media meme – we used to see the same thing with Digg, where the secret to getting your article to the top of the tables on Digg was to write your article about). So, we see several waves – first, the event, which may or may not have been triggered by social media, second, the mass media coverage, and then third, the commodified social media traffic-driving coverage (which has a self-interest in pretending that the second step of the process did not happen).

With Egypt, though, this chain is a bit disrupted. For the last 30 years or more, we have been more or less told by mass media that Egypt is a democracy, that there are regular elections, and, most of all, that Egypt is our ally in the cause of peace and democracy in the Middle East (not one of those rogue anti-democratic states like pre-war Iraq or Syria). There is still a substantial element in mass media that is pro-Mubarak, an element that sees the existing government as stable and as a guarantor of peace in the Middle East. And there is the unspoken truth, probably the most evident in Palestine, but present everywhere in the region, that a genuinely democratic government would be anti-Israel, and probably anti-peace. So whether or not the rebellion was motivated by social media, for a variety of reasons, it is stalling as a mass-media meme. There is not the unqualified support for it that we saw, for example, in the 1989 revolutions, or in the more recent uprisings in Georgia and Ukraine.

Hence we see attention to Egypt in the mass media fading or turning against the protests. We see, for example, the recent violence very evidently caused by Mubarak supporters being blamed on ‘foreign interests' on CBS news. [1] Egypt has been almost complete removed from the ABC news coverage. [2] Egypt has fallen off the main headlines on MSNBC (which are now focusing on Ft Hood); only a secondary story remains, this directed at the attacks by ‘mobs' on journalists. [3] Fox news, too, is emphasizing the violence. [4] CNN is also focusing on Ft. Hood, with a sidebar article advising Americans to leave Egypt. [5] Any support that there was in American media for the rebellion has evaporated, with the result that the rebellion is no longer an effective driver of social media traffic. Hence the silence, as all the pundits look for the next media wave. I expect to see "Using football in your lessons," "travel tips in Dallas", "Republicans cheer a lunchpail Super Bowl" and "raise money at your Super Bowl party" over the next few days.

Real social media – which is very different from what we see on Twitter and on these traffic-driver social network sites is very different. There is never so much discussion coalescing around a single issue. Or, there is a deafening silence on all topics, not just Egypt. These movements all exist locally – they don't disappear, but they don't flare up either (except with the help of mass media). Protests in Greece (and the other so-called PIGS nations) have been ongoing, but mass media these days is not interested in covering popular uprisings against cuts to social programs in order to pay for state subsidies to multinational corporations.


(p.s. the title of this post is actually 'On Populist Social Media' - I just added 'Twitter and Egypt' to drive traffic to it. ;) )