Provincial governments get an incredible bargain from universities

Alex Usher offered this Twitter thread (short form writing like this really suits him) discussing eductaional funding in Canada and focusing on 'the hustle' responsible for almost a third of their revenue, "that is, money for which competition of various sorts is required.  That's money from donations, from contracts, sales...and Ottawa." The funding from provinces is even lower than reported here, because Usher doesn't appear to factor in federal transfers to provincial governments. But the main thing here is that hustle money is volitile - it can grow or shrink rapidly, depending on economic variables. This, says Usher, creates "the need to grow or shrink parts of the university quickly." The problem here isn't simply that academic staff would resist this (though of course they would). The problem is that this creates volitility in an instution performing a core social function, which is really the last place you want volitility. 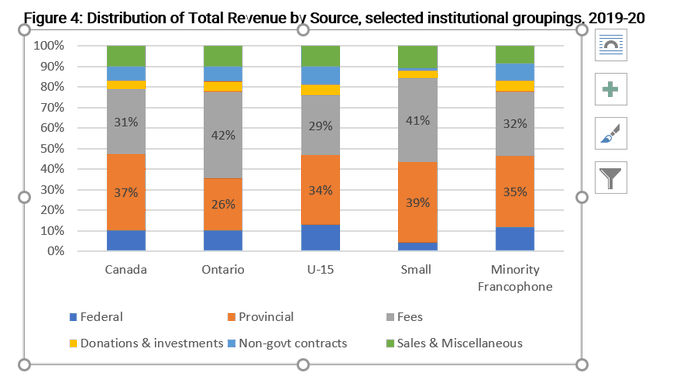