Understanding Media and Information Quality in an Age of Artificial Intelligence, Automation, Algorithms and Machine Learning 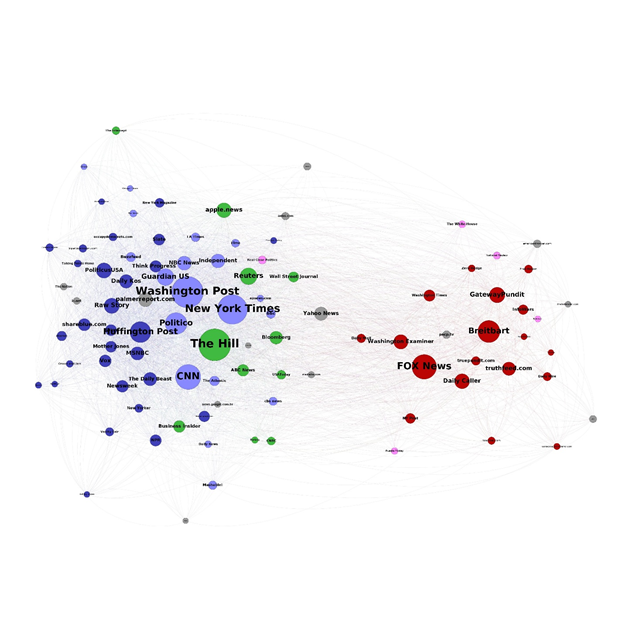 According to this report - and I agree - "political and social factors, not technology, are at the root of current media and information quality problems." Their conclusion is based on an "analysis of very large datasets, covering millions of stories, tweets, and Facebook shares." There is a faction in the media network that we we would normally call 'bad actors' who "repeatedly amplify and accredit, rather than dampen or correct, bias-confirming falsehoods and misleading framings of facts." This article offers a dispassionate analysis of the phenomenon, and makes the sobering observation that "it doesn’t look like AI is coming to the rescue anytime soon, if ever." That's because, in my opinion, it isn't a content problem, it's a structural problem. As the authors say, we need to "work toward systemic responses to the systemic problems."