Facebook’s algorithm isn’t surfacing one-third of our posts. And it’s getting worse 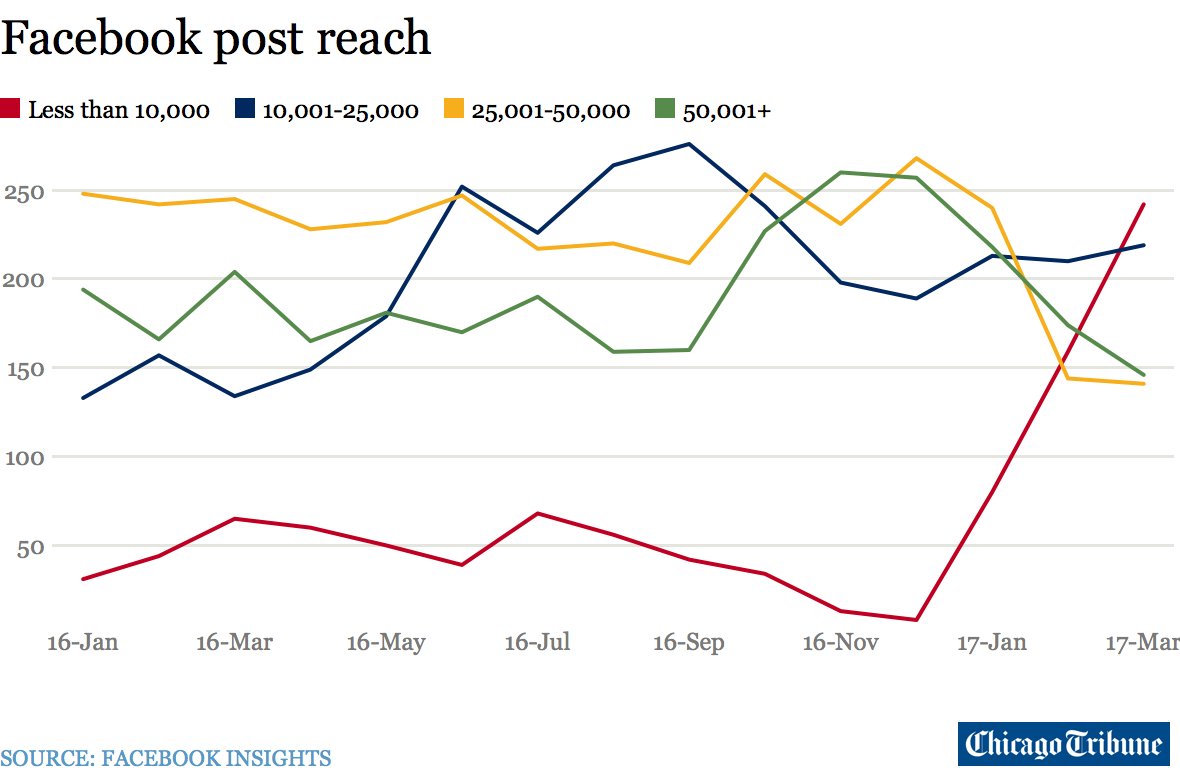 I left Facebook at the end of last August for several reasons. The final straw was advertising designed to defeat ad blocking tools in my browser. But this was on top of increasingly irrelevant content. And it was because my own posts - both personal, and also those from OLDaily - simply weren't being delivered to followers. Remember, followers were people who specifically wanted my posts, but Facebook decided to sent them garbage from content mills instead. I was not alone, obviously, and the Chicago Tribune has been tracking similar results. Imagine a telephone system designed this way. You hear Alex Jones shouting in your ear instead of the person who actually called you.