4chan: The Skeleton Key to the Rise of Trump 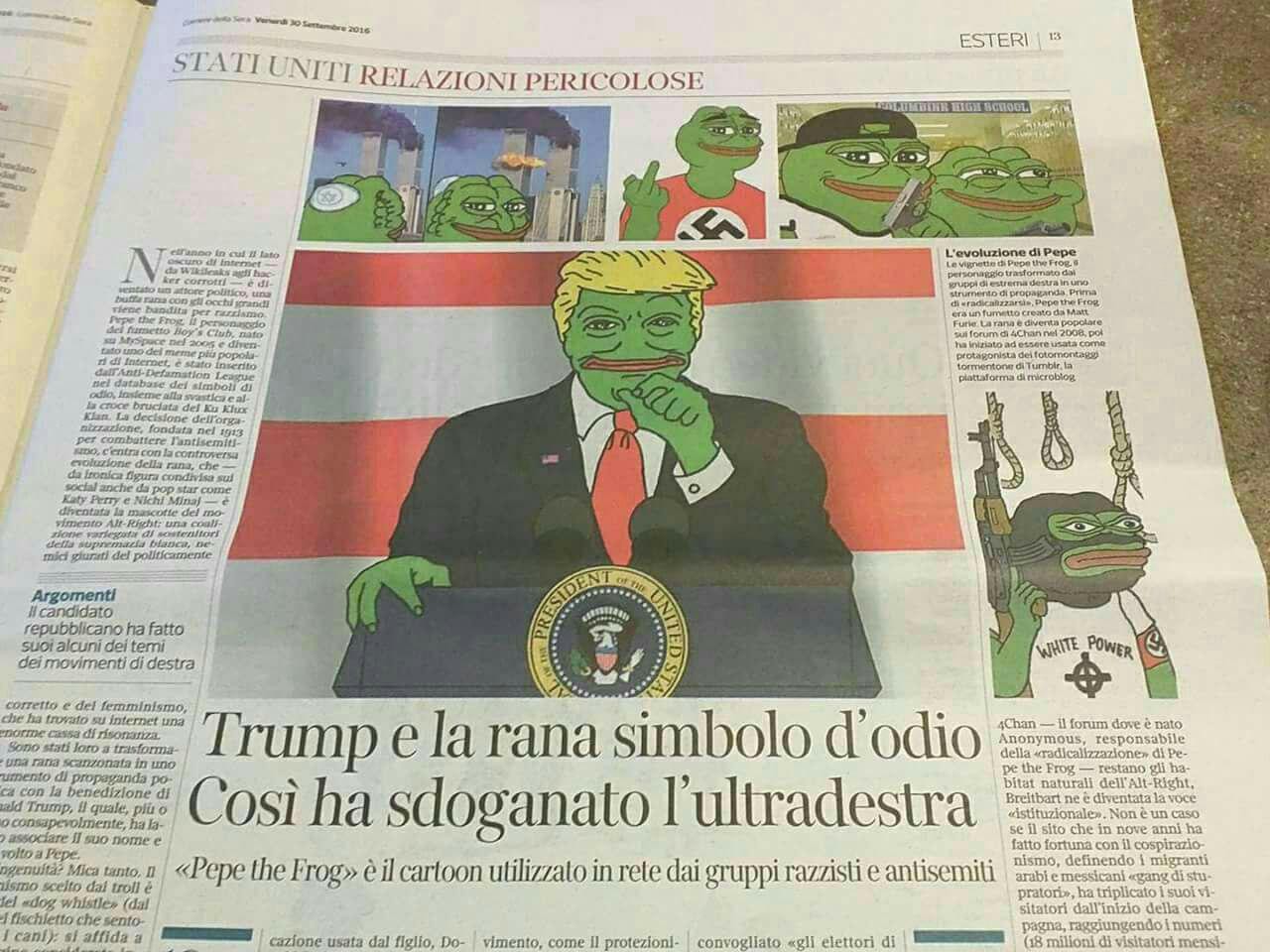 Celebrating the fail is the new win. This is the core value being embraced by 4chan members, alt-right supporters and Trump voters. That's the thesis of this insightful and well-argued essay by almost-loser Dale Beran in this long but engaging read. Those who hold to the (often empty) promise higher education offers should consider this perspective. It forms part of the narrative of failure that defines a substantial body of young men, the same men who constitute things like Anonymous and Gamergate. I am not sympathetic with the 4chan perspective, but I can understand it, having lived through the same broken promises, the same periods of extended unemployment, the same challenges and the same frustrations. But instead of embracing failure I embraced diversity and equality, and found myself a cause to fight for.