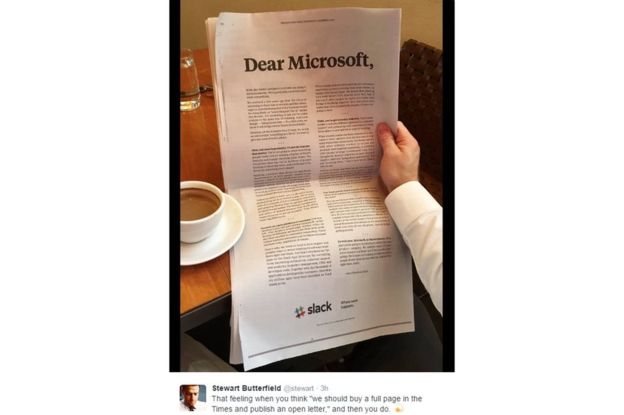 Microsoft has announced Microsoft Teams, a product to support work teams, rivaling Slack. The pending announcement prompted Slack CEO to run a newspaper ad "warning that running such a tool is 'harder than it looks'," according to this BBC article. "You're not going to create something people really love by making a big list of Slack's features and simply checking those boxes," it says. "Tiny details make big differences. If you want customers to switch to your product, you're going to have to match our commitment to their success and take the same amount of delight in their happiness." More from Ars Technica, Tech Crunch, the Verge,