The sky is falling on print newspapers faster than you think 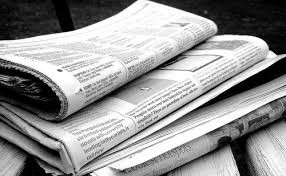 Having been writing this newsletter for a long time, I can still recall the days when pundits were saying print newspapers would disappear while critics were saying people would never abandon the comfort of print and paper. Fast forward to today, where here in Canada there has been another round of layoffs at PostMedia, and where, as this article notes, the bottom is dropping out of print circulation numbers faster than you may think. I personally gave up on print newspapers after a lifetime of engagement with them, from my early days as a paperboy to my morning ritual of reading the local news. The turning point came when Brunswick News laid off all its photographers, the one redeeming feature in a corporate shill of a media organization. But then again - aren't they all shills? And who, really, regrets their demise?