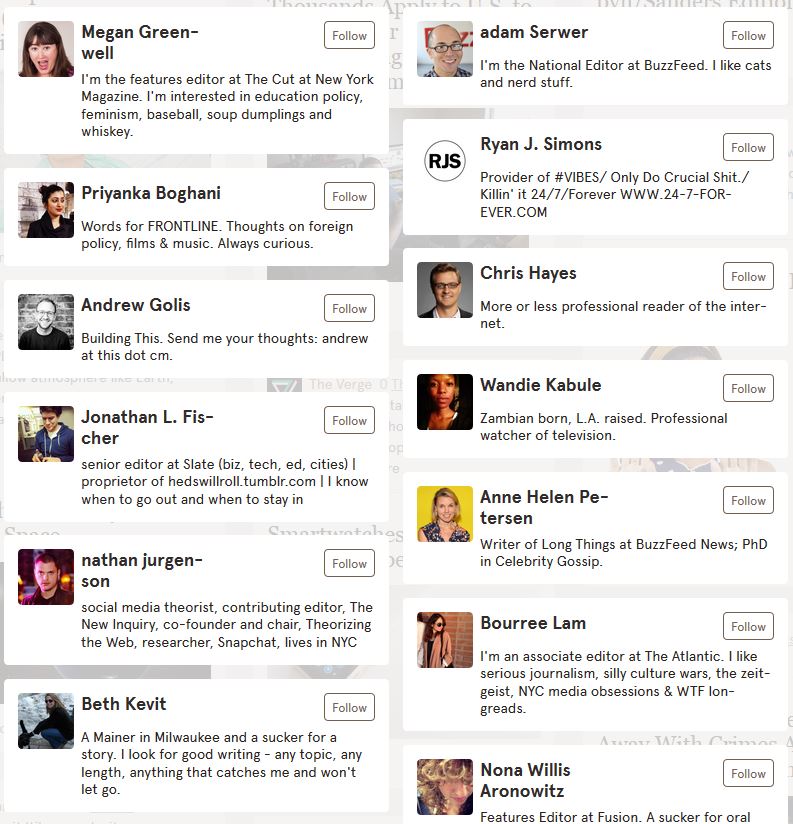 Why isn't there more diversity in ranks of social media A-listers? It's because platform-builders are often advised to focus on theoir own niche first, and the A-listers "were simply talented people who were early to the platform, and often were chosen by the platform as 'featured users'" picked out of that handful of friends and family who joined the platform. And as Dash wrote in You Can’t Start the Revolution from the Country Club, "the most common reaction from many networks once they’ve birthed a few featured stars, is generally to remove the ability for others to follow in their footsteps." That's why the launch of Google+ was like a war as writers from places like Gawker and Mashable struggled to be first in line. So now that the social website This. has launched, it has started that process, promoting "featured members and publishers". Lily white children of Silicon Valley and the magazine set, pictured. As long as social media is based on mass, not diversity, the usual set of insiders will be famous, and the rest of us will have nothing but them to read in our inbox.