The blog might be dying, but the web's about to fight back #indieweb

I guess I missed the news that the blog is dying. Readership on downes.ca reached a million page views per month in December, and meanwhile total readers at Half an Hour passed a million in 2013 (at which point I was slammed with spam) and is now close to 1.5 million. Still, as Jason Kottke writes, "the function of the blog, the nebulous informational task we all agreed the blog was fulfilling for the past decade, is increasingly being handled by a growing number of disparate media forms that are blog-like but also decidedly not blogs."

And Ben Werdmuller agrees. "Almost none of you will have found this link through a feed reader (although my stats show that some of you are using Feedly, Digg Reader, and even Livejournal's RSS feature). Most links will have come through Twitter and Facebook." Well, maybe. But offering linkbat was never, in my mind, the function of blogs. Not even this newsletter. Twitter and Facebook don't come close as a forum for non-mainstream-media ideas and opinions. As Werdmuller says, "The article isn't dying; you can think of the blog, or the stream, or the feed, as the container that the article sits in."

And that's what sets the stage for a post-blog future (don't worry, I'll still use blogs, because that's just me). The stream-based mass-media based container is about to change. We used to depend on the content stream, writes Werdmiller, "But we don't need that anymore. Not only can content be personalized, but the form of the content can be personalized. Facebook might agonize over the algorithm that decides which posts are surfaced, but in the future we can each have our own algorithms." Quite so. 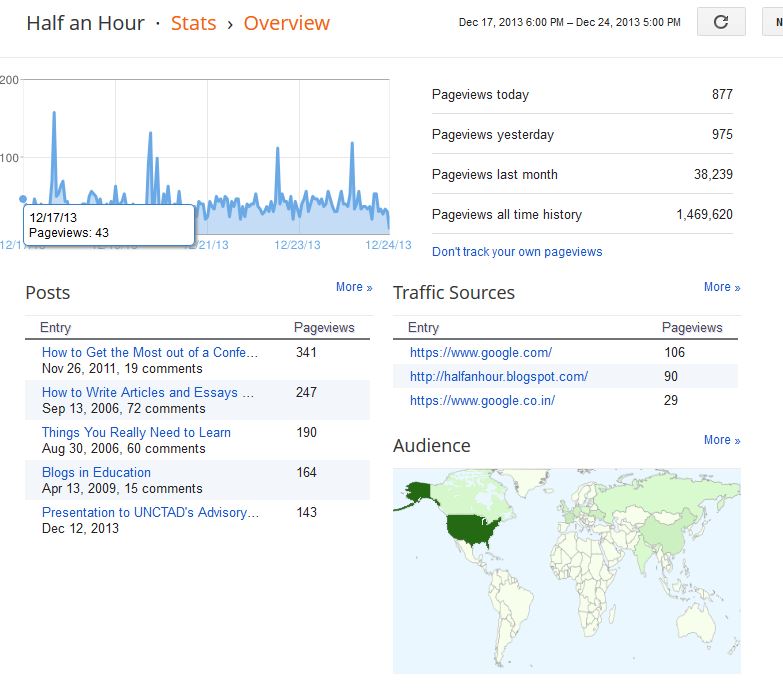