Beyond the Buzz, Where Are MOOCs Really Going?

This post is evidence that you can't really predict where something is going if you don't understand the subject. The authors, trying to argue that MOOCs are a disruptive innovation, comment, "the big, reputable universities are the ones leading the MOOC wave. This includes MIT and Harvard (through edX) as well as Stanford, whose groundbreaking AI course morphed into Udacity (and whose professors independently founded Coursera)." Yes, that did happen - three years after the invention of the MOOC. The evidence that MOOCs are disruptive is that the commercial elites have signed on and invested millions. And where are they going? The elites have morphed MOOCs into their own image, and will be capturing media attention for a while - but the real innovation is continuing in the many non-elite MOOCs that are following a more distributed and open model. The future of MOOCs is as learing communities, not Napster on steroids. But don't try telling the magazine that predicted the long boom. 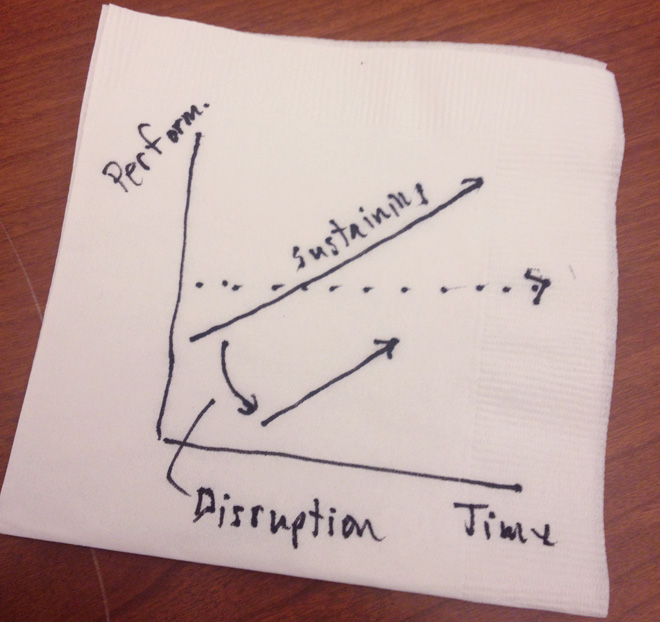